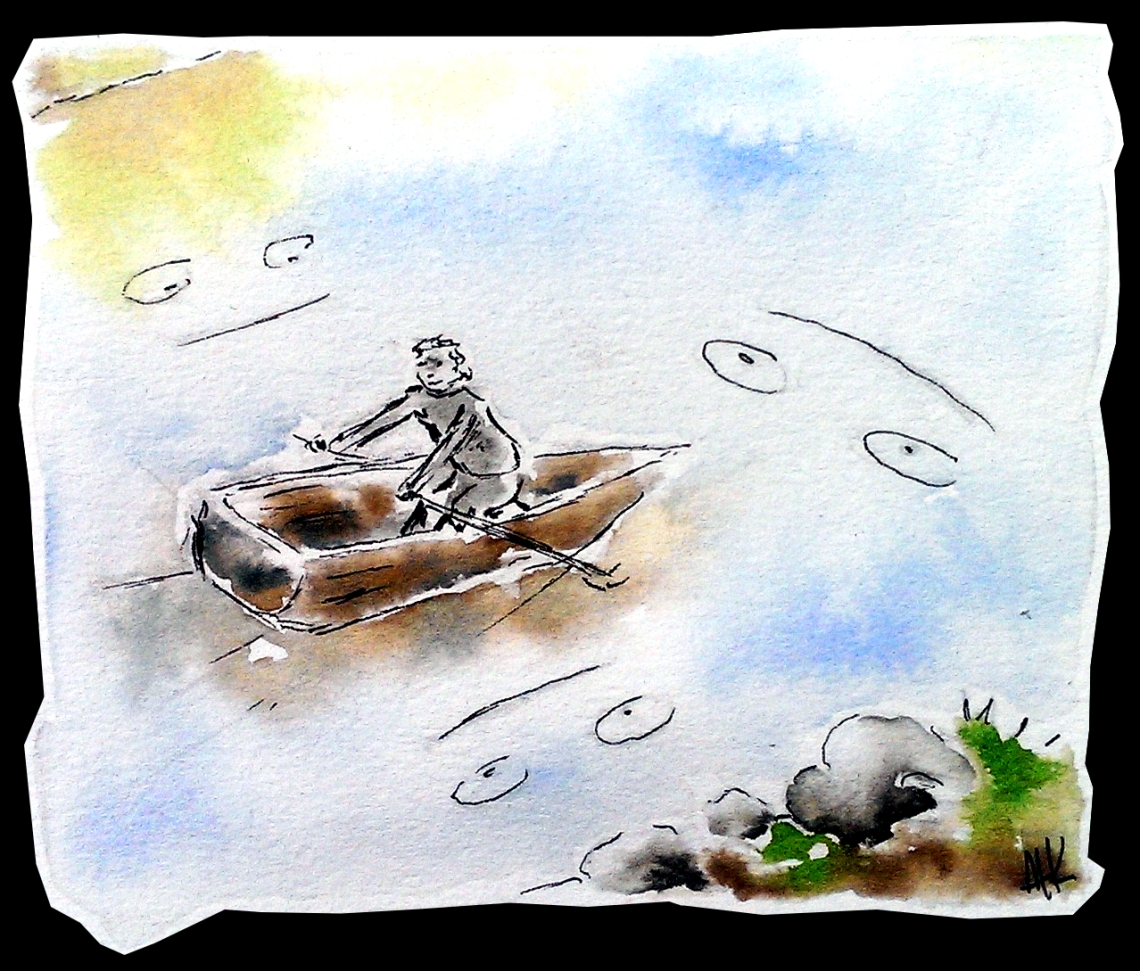 On an idyllic little lake deep in the forest there’s a little boat. The silence is only broken by the water splashing against it, the oars breaking the surface.

Mike stops. It came from under the hull. Is there someone there? The boat floats forwards for a short while. It stops, wagging in the small movements in the lake. He looks over the edge.

There’s a little bulb in the surface of the water. It has a face. Mike’s eyes grow in astonishment..

What are you? He says in deep awe.

What does it look like I am, stupid? I’m water.

It disappears. Not the water, of course. The face.

Mike is sitting there. The water just spoke to him. Was he going crazy? He’s trying to make sense of it all. He decides he cannot, and starts rowing in towards shore.

Mike looks over the edge. There’s nothing there.

I’m under here, coward! He leans further out.

A wave comes out of nowhere, knocks the boat from the other side. It goes round. Mike falls head first into the pond.

Get him, guys! The water creature things attack him. They punch him in the face with their water hands. It’s quite annoying. They keep splashing their fists in his face as he swims towards the shore. He gets up on the the bank.

Haha! The creatures slaps hand, satisfied with their victory. Yeah! Stupid human. We showed him, didn’t we. That’ll teach him a lesson. So they go on for a while.

They disappear, the surface is once again still.

Mike sits on the shore for a while looking at the lake. That was the strangest thing he’d ever experienced. Once again he shrugs it off, and walks up to his cottage. Probably better not to think too much about it.