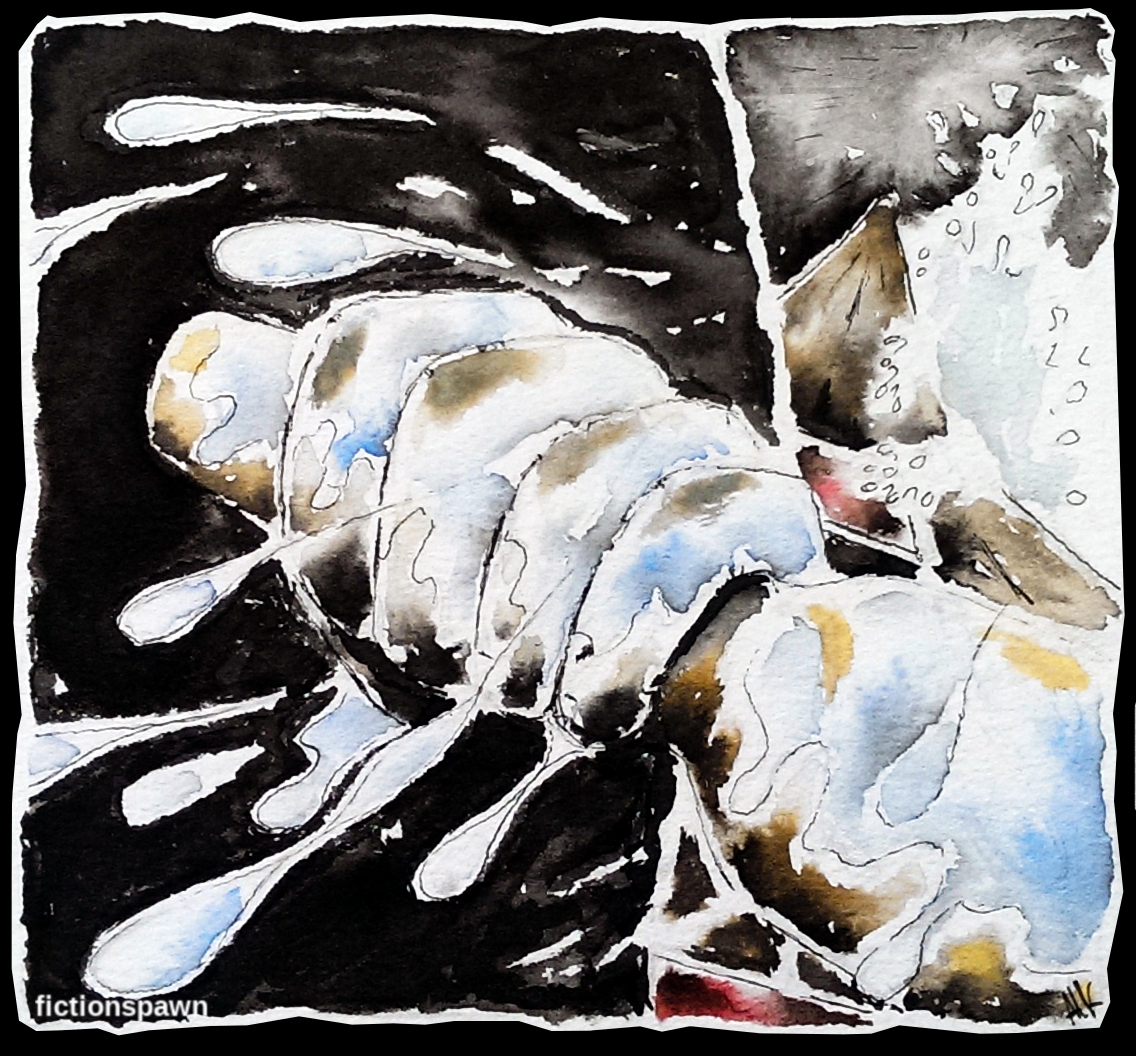 He set out on the water. She would be back today. He couldn’t wait to see her. He wish he had gone with her that day two weeks ago. There had been no way.

They say he can be seen on dark nights. They say he swore he would look for her every day, and he’s incapable of breaking his promise.

He arrived at the other shore. She should come soon, he was waiting for the glorious moment she would come running towards him from the edge of the forest.

Why didn’t she come?

He waited. For hours and hours he waited. Eternal moments went by. No one came. Rain started falling.

Darkness fell. He needed to get back. He was wet and cold, and she probably wouldn’t come today. Tears ran down his cheeks as he set the boat out. He could feel the wind rise.

She was held back, the old man said, looking out on the water. The river ran wide and deep on these parts.

That’s sad. The boy looked at his grandfather. What happened to him?

The little boat was thrown back and forth. He tried to row, he tried to keep it straight. He lost sight of the orientation point on the shore. The place he had promised to meet her.

The storm took him. Caught him by surprise. The wind rises fast sometimes.

So he’s hoping she’ll come back some day…

That’s what he’s hoping, young one. But she won’t. Her bones are buried deep in the forest somewhere. Somewhere long forgotten.

His tears mixed with the cold water. The strong stream pulled him down. He had promised he would be there to meet her. He would row back tomorrow. Tomorrow and the days to come.