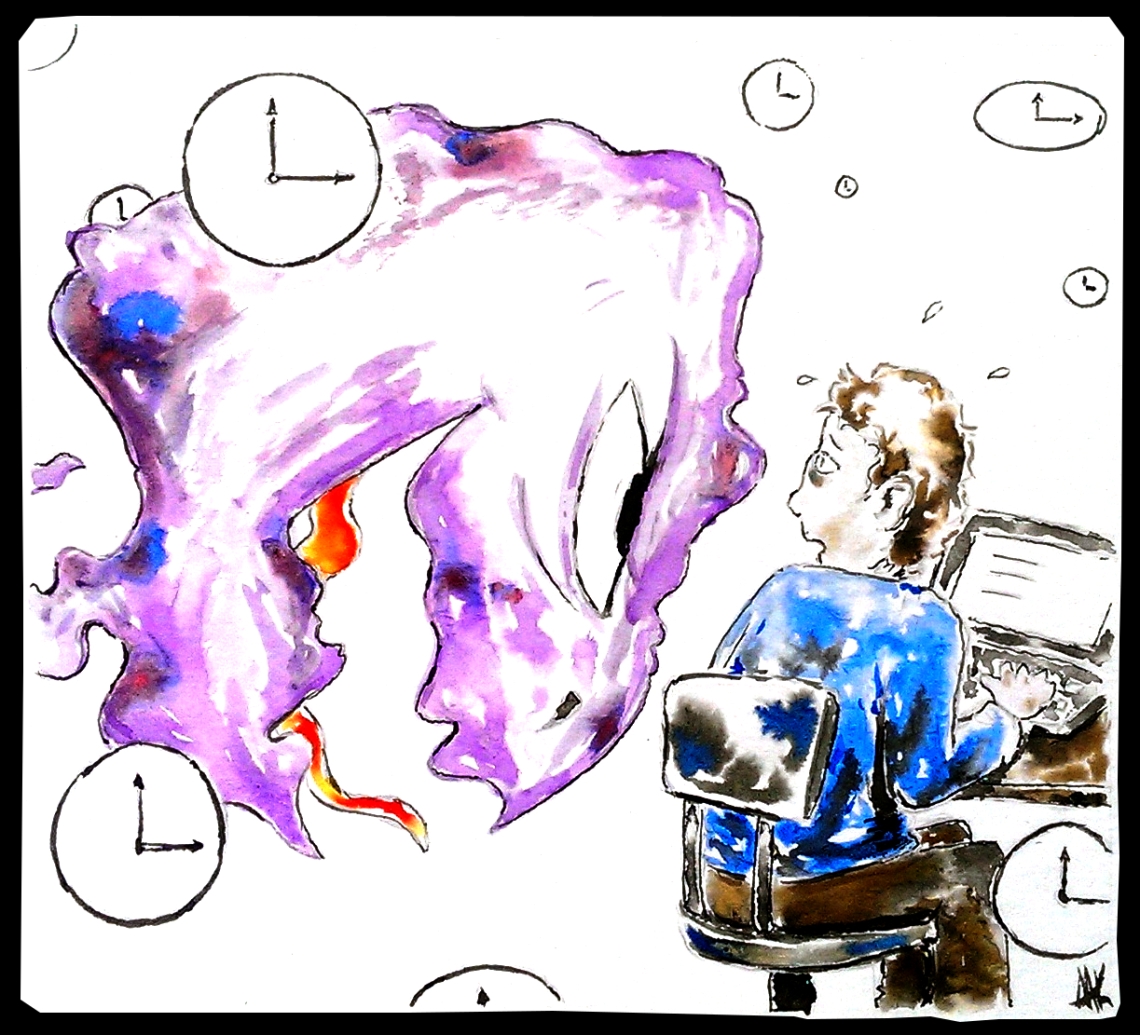 The last word was down. The article was written. He looked at the clock. He had time. The editing shouldn’t take too long.

He went into the kitchen and got himself a cup of coffee. The coffee maker fell over.

-Damn! He got a cloth and wiped it up. He could feel something breath him in the neck. He turned around. There was nothing there.

He put another coffee on, and waited. He felt it again. The breathing. He looked at the clock. The deadline was getting closer.

You won’t make it…

He turned around again. No one was there, though he could have sworn he heard something.

He got his coffee, and went back to his computer, started editing his article. He could hear the ticking of the clock the wall. It usually didn’t sound that loud. Probably my nerves, he thought, and kept writing.

His phone rang. He looked at it. It was his girlfrined. I don’t have time, babe, he thought and kept editing. She rang again. Maybe something had happened? He picked it up.

She talked. She talked about nothing, really. After a while he managed to hang up, promising he’d see her later.

It was, too. It was time, but the text was ready. He opened his e-mail, attached the archive. Moved the cursor towards the send-button.

His computer broke down. He tried to turn it on. It was dead.

I told you so!

He could see it now. The monster. It was there, all present. Real. His deadline. It was here. Glaring at him with evil eyes, happy about his failure.

The monster laughed stronger and stronger. It was all around the room, covering him, inside him. It was all there was. Suddenly it was gone. He looked at the clock. It was too late.

The phone rang, it was his boss. Last time had been his final warning.

Please follow me on social media, look around this site to read hundreds of more illustrated stories and please use the sharing buttons. Thanks!