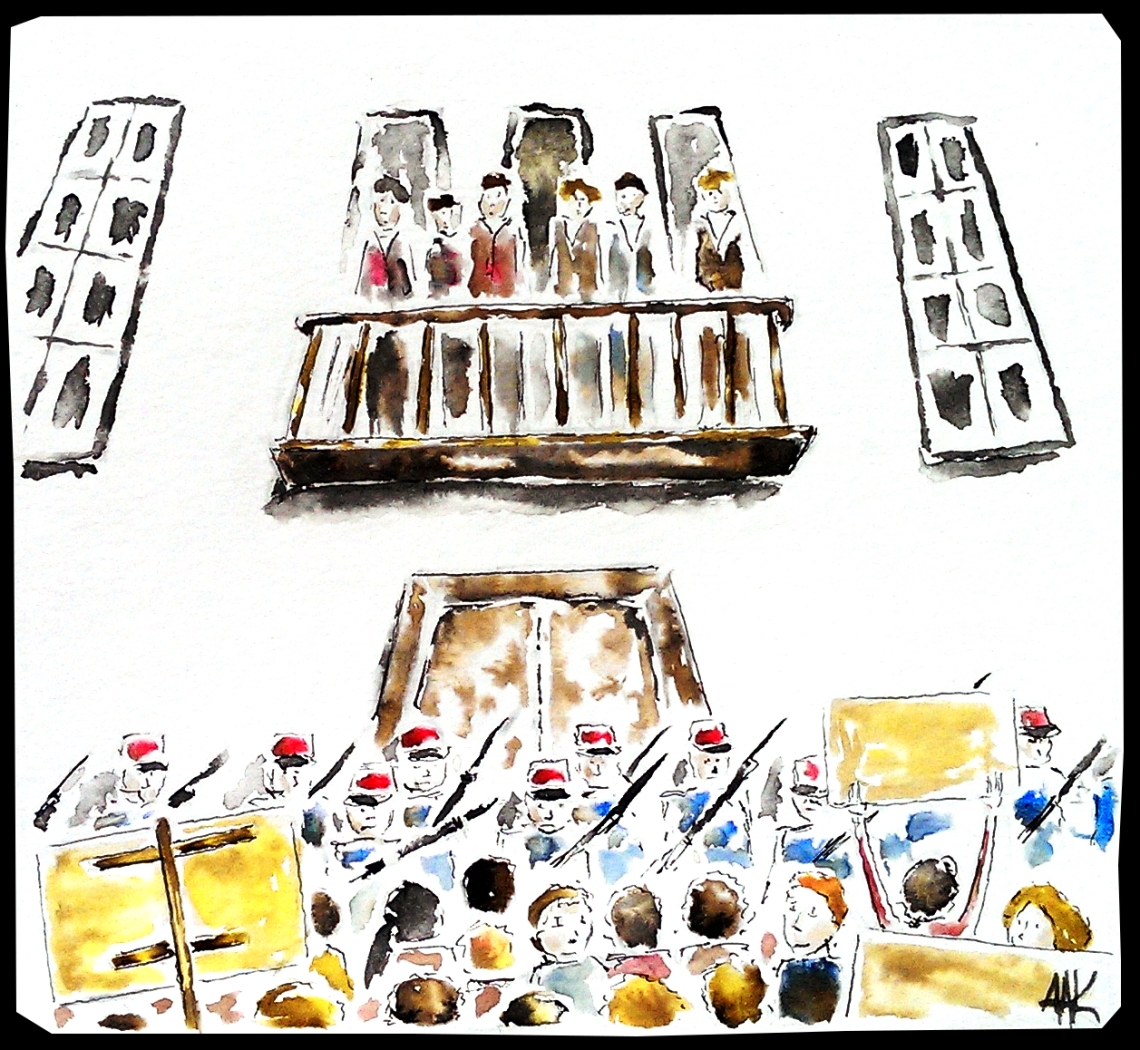 This story is based on a real event that occurred in Huelva, Spain 4. February 1888 and the same area during the Roman Empire.

Terpus couldn’t remember the daylight. All his life he’d been living in the caves of the copper mines, ever since the Romans had discovered the richness under the land where he was born so few years ago. But years didn’t make any sense down here. They were chained up, beaten. Murdered. He wasn’t afraid anymore. One day death would take him away from here. Sooner or later.

They walked up towards the town hall. They were many. Thousands, probably. Miners, peasants and landlords. They had had enough.

Ever since three British men had bought the area and created Rio Tinto Company Limited, the land had become more and more contaminated. The crops failed, the forests were dying and even the ground water was dangerous to drink. The company management lived behind walls, a town inside the town were most Spanish were not allowed. The workers had no rights, and almost no money for food.

Today they had joined forces. The unbearable condition of the miners could no longer be tolerated, and now that they even had landlords on their side, they finally had the courage to protest.

Terpus fell. He fell down into a hole. His neck hit a rock. It hurt. He came to himself. He touched his neck. The metal ring was broken.

He crouched through the halls. He knew the guards would leave at night. He followed them. The metal gate was opened.

Everybody was there. Whole families participated, men women, children, elders. A peaceful protest led by bands of musicians, asking for better conditions and a stop to the destruction of the land.

Antonio held his little daughter on his shoulders. He felt a historic breeze over the square. There were soldiers there, the Mayor of the town had called them in. Maybe he felt threatened. Hopefully he would take action and demand a change in the way things were done.

Finally things were happening. The music played loud. Some people were even dancing.

People started screaming. Running. Antonio fell with his daughter on his shoulders. He could see soldiers charging into the crowd, stabbing with bayonets.

Antonio covered his daughter with his body. People were running to all sides. Soon the square was empty. Antonio was still there, holding his daughter in his arms. On the ground beside them lay his wife. She had blood all over her blouse. He pulled her out of the square, into the alleys. He could hear people screaming, soldiers shouting. He held his wife, tried to shake life back into her, but it was no use. It as no use.

Antonio never protested again, but others would. Almost thirty years would go by until the next protests arose. And neither they would be the last.

Terpus threw a rock out. The guards turned around, lifted their spears towards the sound. He snuck out through the gate, hid in the bushes.

The gate was closed. The guards walked down the path. He ran the other way. He was free. If he ran far enough, maybe he could be.

In memory the fallen of the massacre of “El año de los tiros” and everyone else who have fought for their rights and the rights of others down through the centuries.