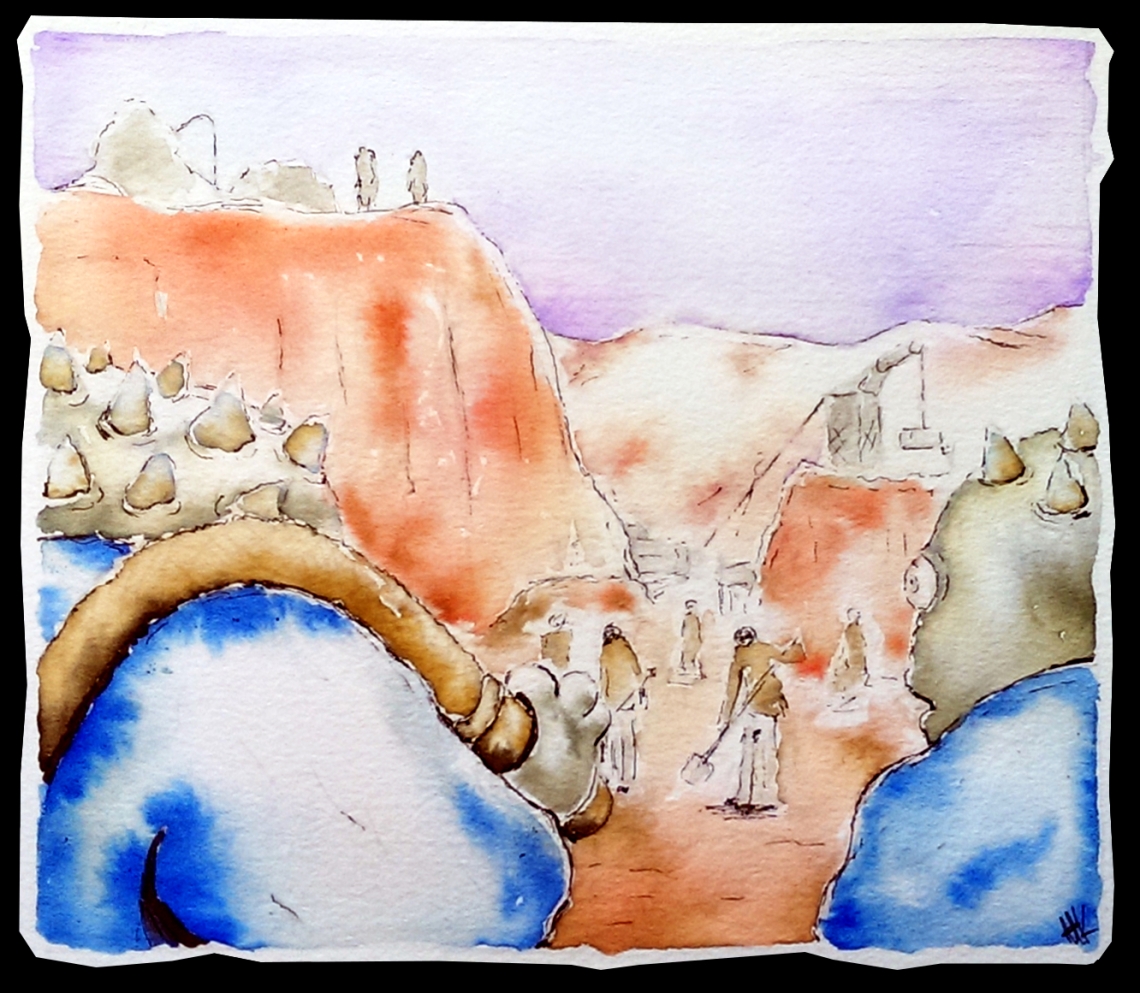 We had been stolen from our world, stripped of all honour, all dignity. Deprived of our dreams and hope. Our freedom. Our humanity. Murdered, but still alive. Numb, yet suffering.

Repression. Hate and depression. Lives went by in violence and terror. Torture and executions without sentence, without justice.

They had appeared from nowhere, suddenly and everywhere. The war had lasted for mere hours before mankind surrendered.

The slavers suffered as well. We could see it. Feel it. The hate in our eyes was eating them alive, but they knew nothing else. Their answer was violence. Fear was easier for them to watch.

Today Matvey was being punished. He was beaten. Beaten. And beaten, until he lay dead on the ground.

Some started working. Ayo did not.

“What are you standing there for?” The language of the masters was hard, their voices disgusting, like if there was something slimy stuck in their throats.

It lifted its whip. Ayo threw his sledge hammer at the slaver’s soft head. It sunk in. Green liquid poured out. The creature fell to the ground.

The other guards turned around. Lifted their weapons.

The guards were outnumbered. Their deaths were painful.

“What have we done? They’ll kill us all!” Despair was glowing from Michel’s tear stained eyes.

“Whatever the future holds, right now the present is without chains. A moment of freedom is worth more than a lifetime in slavery.” We knew Ayo was right. A spark of hope was lit our hearts.

So we ran. We ran until we couldn’t run any more. We ran through forests and swamps, through deserts, around lakes.

We found a place, deep into the wilderness. A place to hunt and collect. A place to defend our freedom in a new world.