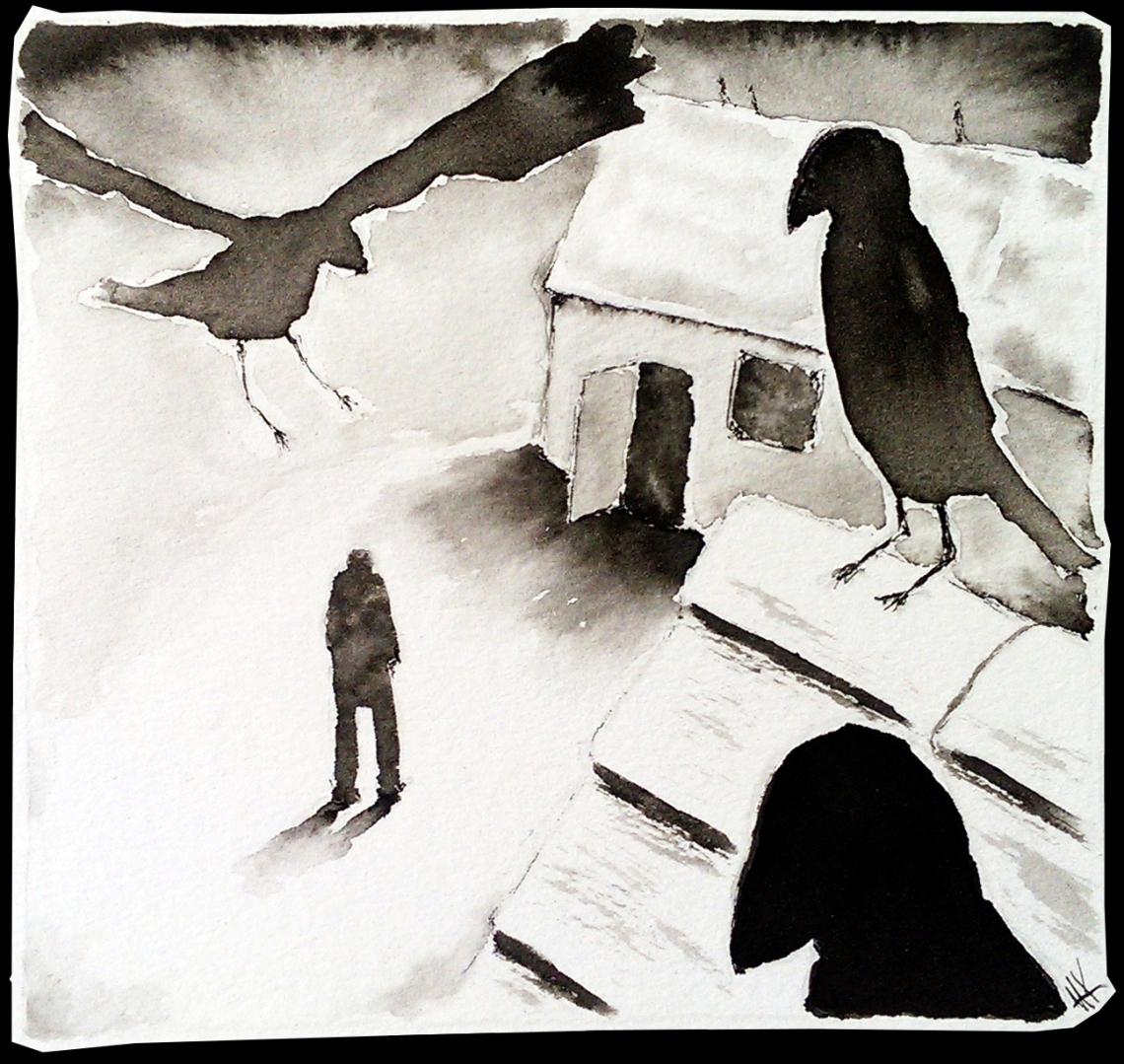 Days had gone by since the well was poisoned. Arthur had waited in silence. Waited and waited.

He couldn’t sleep at night.

He could see the crows gather over the little village. A sign. He needed to know. Needed to see it with his own eyes. He went at night not to be detected.

There was no one there.

He went into Johnson’s house. Hello? He said, carefully. No answer. He went into the living room. No one. Neither in the kitchen.

He found them in the bedroom. The whole family, dead in each other’s arms. Their eyes were picked out. The stench unbearable.

He ran out, breathing heavily. He puked.

Something moved between the houses. A shadow. He needed to get out of there. He was not welcome before, and now it would be suspicious having him sneaking around. He started walking fast towards the road.

He looked over his shoulder. Something moved again. Someone had survived.

There was someone waiting up the road.

Arthur stopped. He wanted to run, but it would give him away.

Behind him he heard a sound. He turned around.

A little girl was standing there. He knew who she was. Little Jessica, Masterson’s daughter.

She stared at him. Took a staggering step forward. He took a step back. He bumped into something. George, the butcher.

Mr Johnson came out of his house. Mr Johnson with his eyes picked out. Others came from all sides. Arthur tried to run. George grabbed him.

Crows flew from the rooftops. The dead had claimed their revenge.