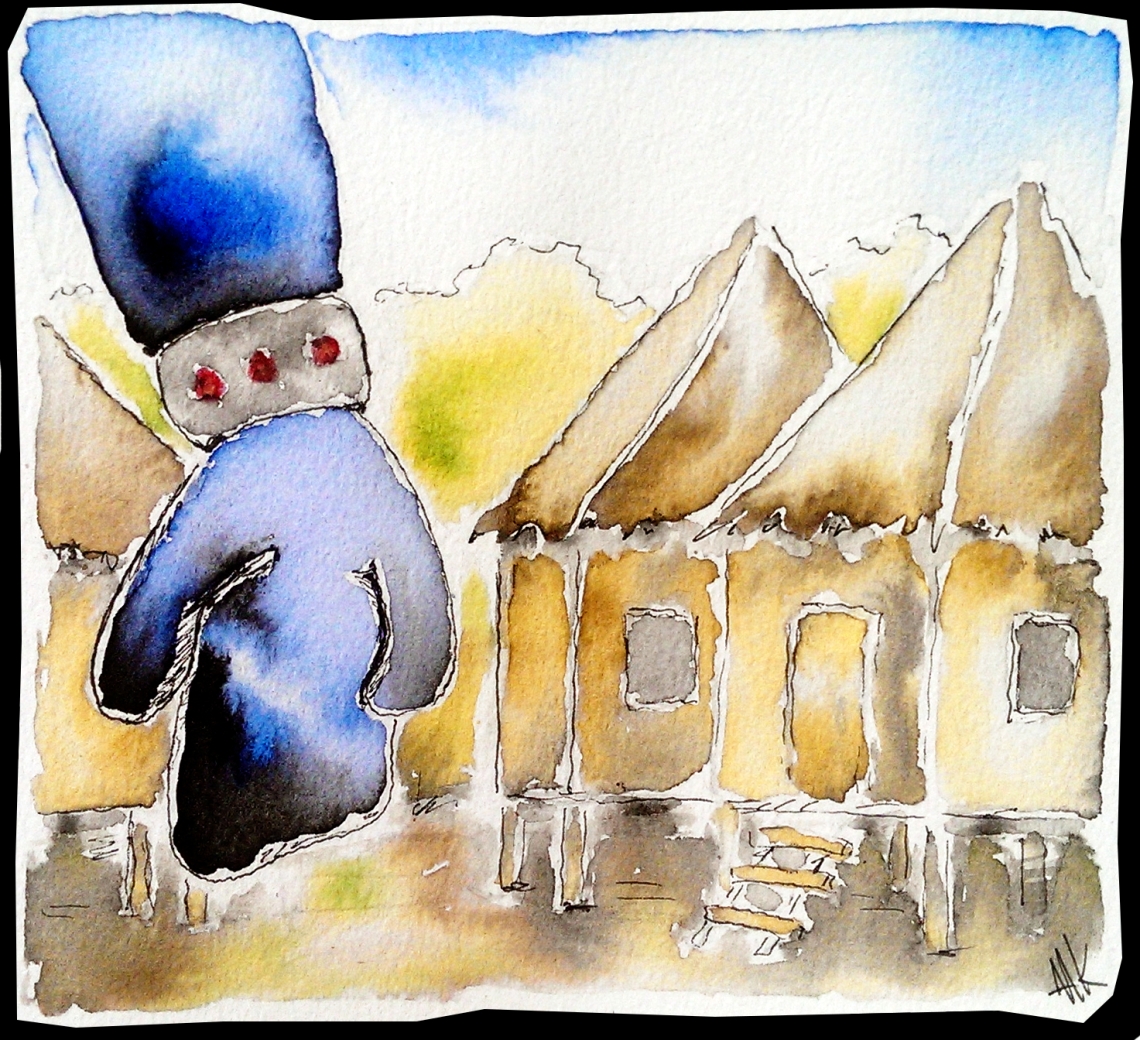 Tip’gnap stared at the human in front of him. Their eyes locked in a moment of eternity, frozen in the little alien’s mind. Studied. Analysed. Observed. This strange creature he had been reading about for earthly centuries, now standing in front of him. Communication. Strictly forbidden, still here he was. Locked in eye contact.

Some earth days before he had arrived at earth’s only natural satellite. He had been sent down to do his end of studies field work, the study of human kind.

The emotional ecosystem of earth is extremely fragile, G’maeth had said, as if Tip’gnap didn’t know. You must not by any means be seen or in other ways noticed my any earthly creature, especially not humans.

The eyes of the human told a story of deep wonder. Awe and fear. It was seeing something it had no idea existed. It’s world was changed drastically from one moment to the other.

The stealth suit came back into function. The alien disappeared. Mek was standing in the room alone, wondering if he was going crazy. Was it some kind of spirit? An alien or a god? He shrugged it off and left the hut. His sister came running towards him. She had caught a lizard and was very exited. Soon the little encounter was just a little happening in the past.