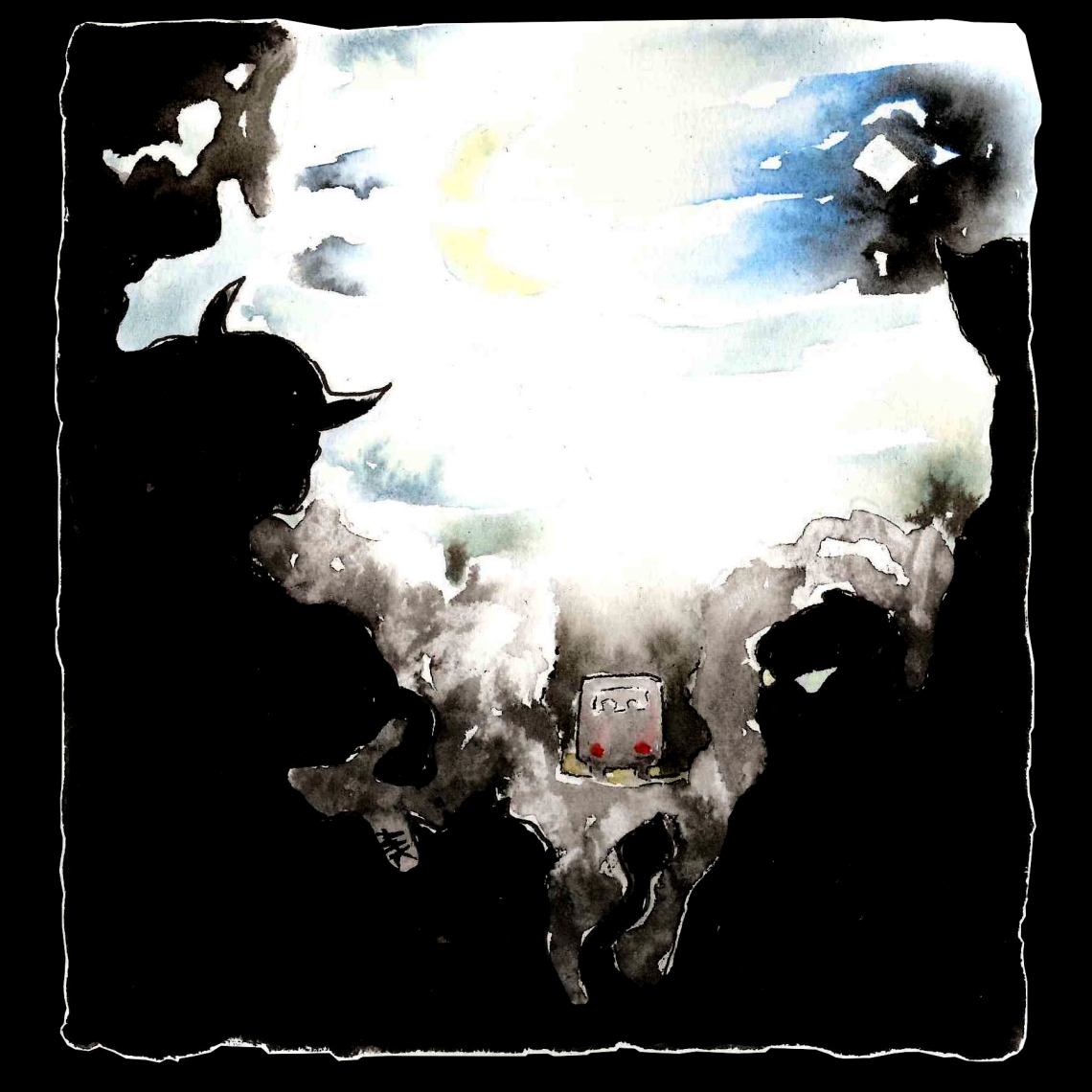 He had been waiting for hours and no one had stopped. Every car, which had not really been many, had passed him as if he didn’t exist.

He was in the middle of nowhere. Some strange truck driver had let him off a bit further down, taking in on a dirt road. He’d said he would be better off staying on this one, and Billy had figured he was right. Usually it wasn’t that hard to catch the next ride, but he seemed to be out of luck. It might be the area, he thought. The last village had been rather creepy.

He went into the forest by the road, sat down and pulled up some bread and cheese. He didn’t have much food left, but it would do for now. He probably would have to sleep here. Tomorrow would be better. It’s always easier to catch a ride in the morning.

He put up his hammock and opened his sleeping bag. Darkness and silence descended over the the trees like a blanket.

He lay there, thinking about the last thing the truck driver had said before he jumped out of the truck: Be careful, strange things happens around here at night. Strange things? Probably just a bad joke, but one could never know.

Slowly he drifted off into the world of dreams.

A sound woke him up. A crack, followed by a moan of agony. He sat up, looked around. Some animal, he thought. He fell asleep again.

Something hit his head. He looked around. He had fallen down on the ground. The hammock had broken, though he was sure he had put it up well as always. He got his flashlight from the bag. The rope was cut with something. A knife.

The flashlight made the shadows move in a creepy way, as if something was fleeing  the light.

Hello? Is anybody there?

An all consuming silence was all there was. He looked at the rope again. It was cut alright. His heart beat faster. Somebody didn’t want him there.

He packed his stuff as fast as he could and walked down towards the road. He heard a car in a distance. He wanted that ride badly, but the road was too far away.

The car stopped. He was still in the woods.

The car door opened as he came out between the trees.

Need a ride? An old man’s voice, rusty, worn. He couldn’t see his face in the darkness, only the silhouette of a big head.

What are you doing out here, son? Aren’t you afraid?

Afraid of what? Said Billy. Truth was he was.

Of the monsters! The old man laughed a wicked laugh. -These forests are crawling with’em!

Billy laughed nervously, unsure if the man was joking or not.

They drove for a while in silence.

So… what are you doing out here? The man didn’t answer. Billy didn’t ask anything else.

The moon came out from the carpet of clouds. Light hit the driver. His hands were hairy, clawed and big. He had huge fangs sticking out of his mouth. One of his eyes seemed to be staring at Billy all the time, the other was looking straight ahead, at the road. A horn was sticking out on the far side of the huge head. Billy tried not to look, but he couldn’t. Each time he met the sinister stare of the closest eye.

Billy wanted to tell him to stop, to let him out. He wanted to run far away. He wanted to scream. He said nothing. He didn’t want to be alone in the dark either. He tried to keep his eyes on the road, wondering if the man beside him was human.

They saw a gas station in a distance, by the entrance to the highway.

I’ll let you off there. You wouldn’t want to come with me where I’m going! He laughed.

They took in on the gas station. The car stopped. Billy grabbed his bag, opened the door.

Thanks for the ride!

Good luck to you son! Be careful who you ride with!

The car drove away. Billy could hear the man laughing his creepy laughter. He looked around. Cars were passing by on the highway. This would be a better spot to catch a ride.