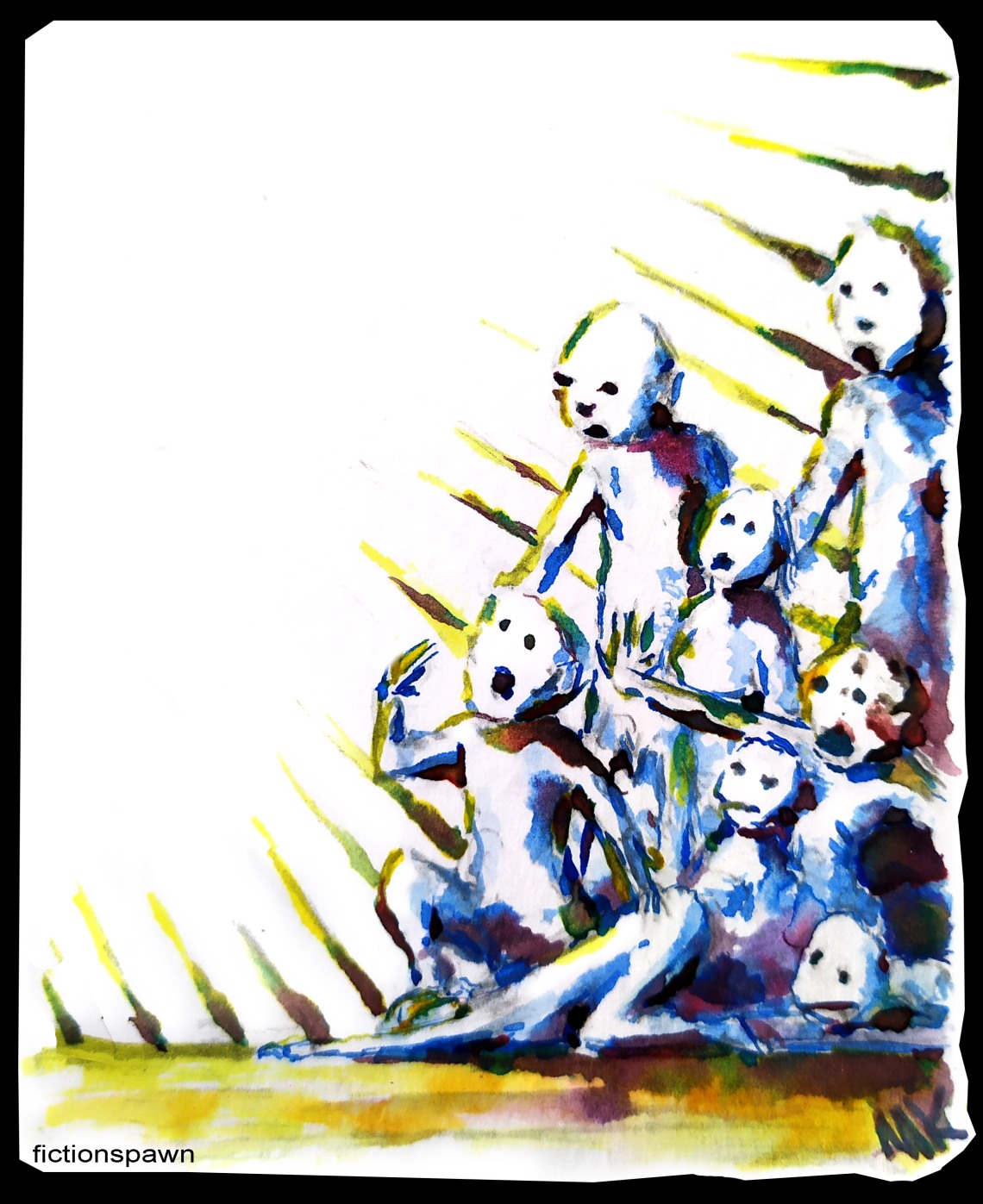 -The light! The light is back!

-Aaaaah! My eyes! My beautiful eyes!

Some held their arms out towards the whiteness, others ran into the shadows for safety.   Yet others threwthemselves down in submission. It burned their eyes, tore their souls with fear.

Then it was gone, once again,  as suddenly as the last time.

They waited, knew it would be back. Anxiety dug into their hearts, life became unbearable.

Kiind, the youngest of them all, always played around by the little black lake hunting little transparent fish. He ate them, and played with their skins. Today he coloured them with the ink of the squids.

One day the light came again, breaking their cherished darkness. Kiind held the fish skin up towards the light. Shadow fell on his eyes. He could see. He could see its contours, its shape, its colours. He saw what it was.

-Look, he said to his father. Look!

The dark skin was sent around the little tribe They all saw for themselves.

A creature gleamed down at them, watching them, studying them. It was floating in the air, tall and strong. Its face was friendly and peaceful.

Soon it was gone again, and the darkness was once again back. They felt safer, less exposed in it’s cover, but they did no longer fear the light. They made more tinted skins, and waited for the creature to return.

Next time it would be greeted well.

Hitchhiking (Fear of the unknown)