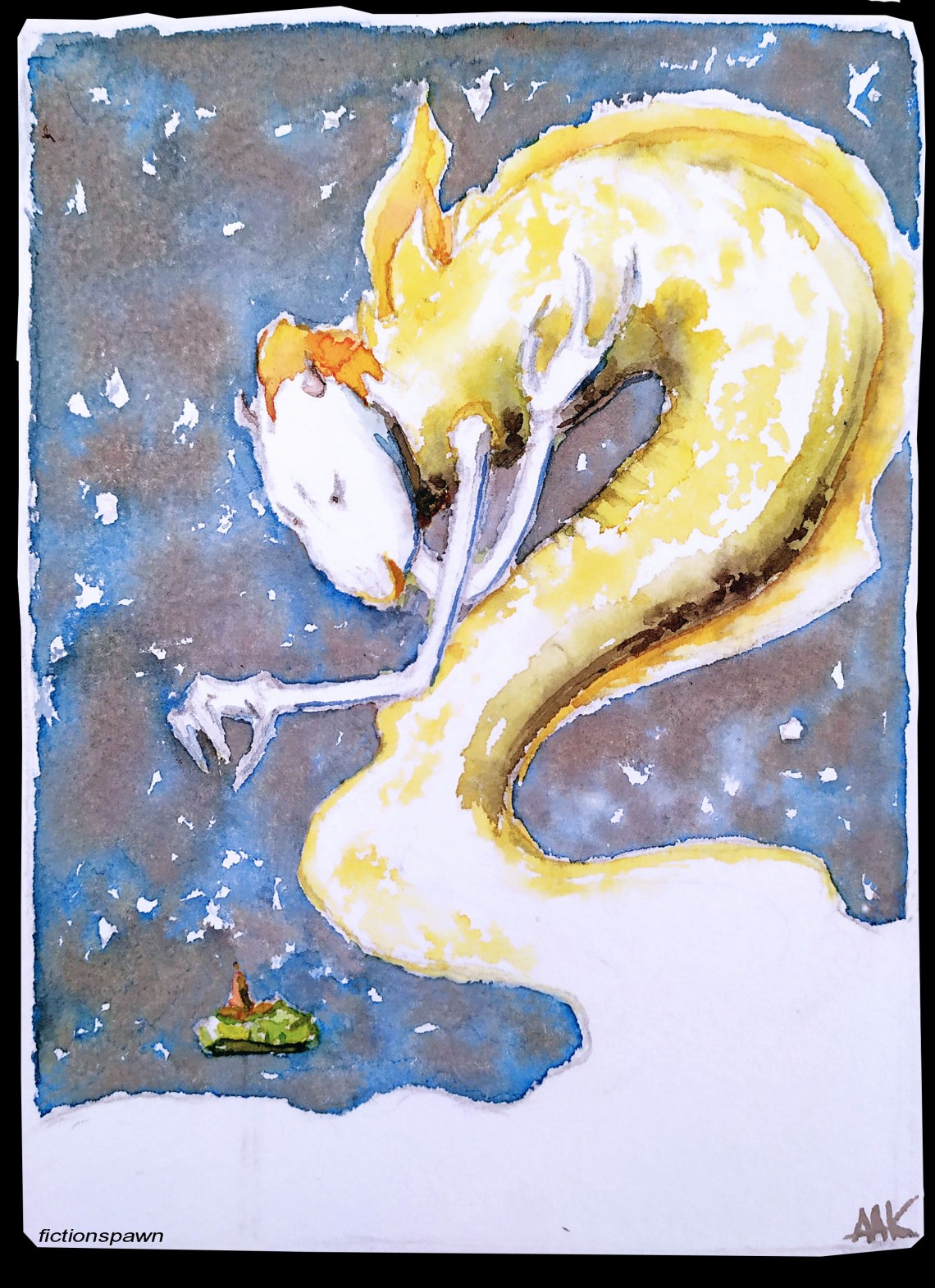 David had been at the fair all night, and it was getting dark. Threatening clouds were gathering in the sky, and people were leaving.

He walked towards the gate. He was one of the last, and the carnies were taking their stuff down.

There was a little door with lights on it on his right hand. He couldn’t remember having seen it on his way in. He walked closer.

-Welcome, a figure said by the door. -Welcome to the carousel of dreams.

-But aren’t you closing?

David went in, and jumped on a little carriage.

-Have fun! The operator laughed, and David wondered why.

The little carriage shook a bit. It took off.

David flew up towards the night sky, through the clouds. He screamed joyfully. This was the best of them all. His stomach tickled, adrenaline flowed.

The carriage stopped. The stars were shining above him, and he could hardly hear the city far below.

He looked down. The clouds were moving, flowing up towards the sky. The mist took form. A creature appeared.

-H-hello..? David stuttered. This was way too real.

-Welcome! Welcome to the carousel of dreams!

David was speechless. It was real. It was a real, living creature made out of clouds.

-Get ready for the ride of your lifetime!

A dizziness came into David’s mind, like clouds blurring his view of reality. Vivid colours appeared. They exploded.

He flew on the creature’s back, through the clouds, down towards town. They flew along the streets, over the rooftops, through houses and flats.

They flew out into the countryside, up into the mountains, under roots and over lakes.  They flew out in the sea. Thousands of stars twinkling above, reflected in the water below.

-Are you having fun? The creature said, laughing.

David answered with a scream of joy.

They flew on for ages, seeing things David never knew existed. David felt like this was the only thing real, that his life back home was nothing but a dream, an illusion. He was there, and nowhere else. He was alive.

He was back in the carriage, firmly placed on the ground. He looked around, confused.

-Had a good ride? The operator was smiling a toothless smile.

David sat still for a moment, watching him. -Yes, he said. -Yes I did.

Thank you, he said, and got off.