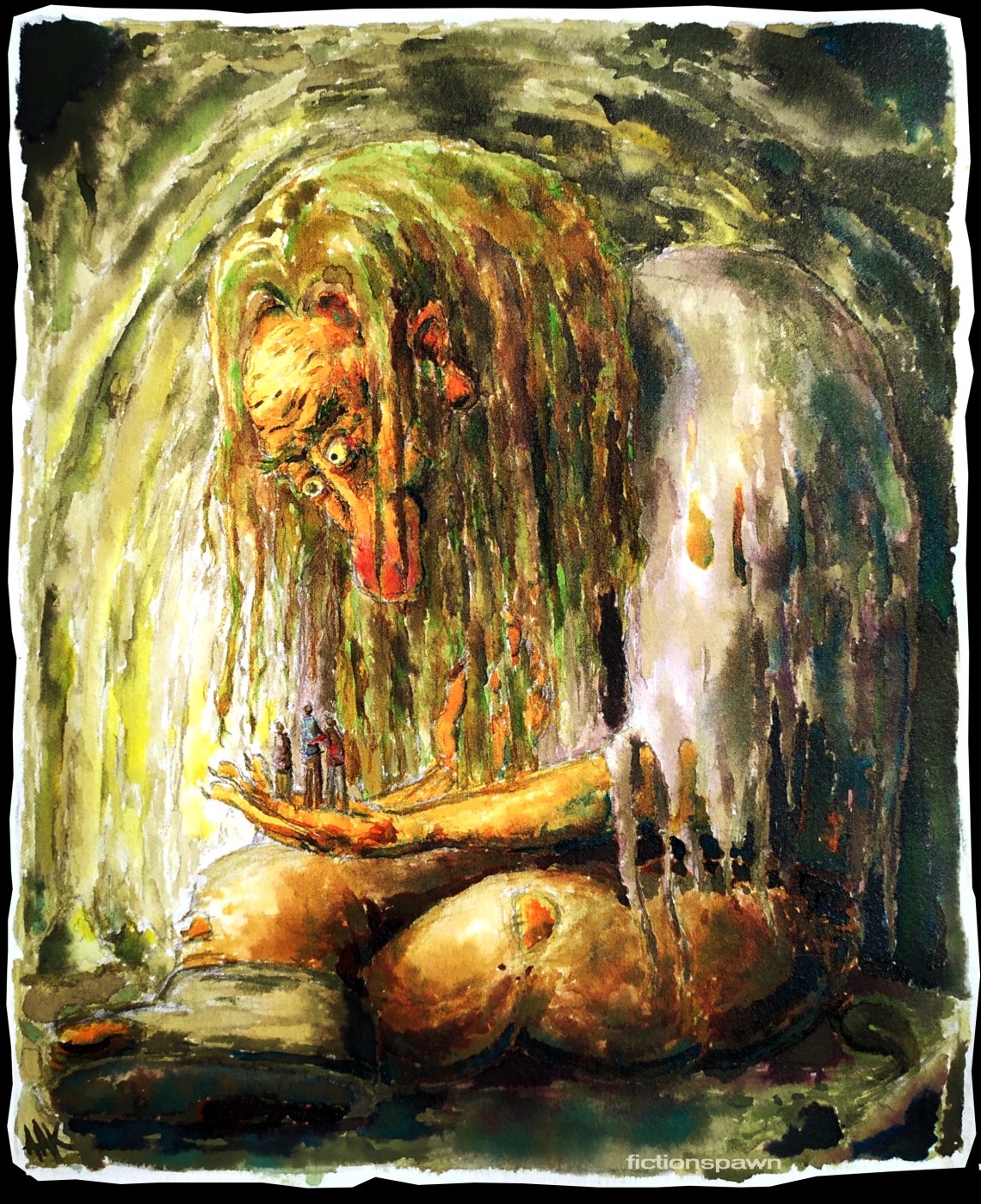 Once, a long, long time ago…

“Hey! I’ll make you a deal,” said Espen the Ashlad from the troll’s hand. “Let’s have a singing contest. If you can sing louder and stronger than me, we’ll not only let you eat us, but we’ll even prepare ourselves as the most pleasant meal you’ll ever have. You see, I’m the head chef of the King’s kitchen, and these two are my main assistants.”

The Ashlad kept talking and his brother Per held his leg. “If you lose, well, you’ll just eat us as we are.”

The troll rubbed his beard for a long while. He tried to figure out why the little creatures would go into such a bet, but the thinking made him hungry. He wanted to find out what kind of meal these three cooks could create

“Great! You go first! But you only get one try, so make sure you’ll do your best!”

The Troll filled his lungs with air. Let it out, filled them again. The third time he started singing.

The sound went through pith and bones, deep, grave and loud. Very loud. It echoed between the walls, out of the tunnel, over mountains and glaciers. The cave started shaking. Cracks appeared in the walls. Big rocks fell from the roof.

“Jump!” shouted Espen. The three humans jumped off the troll’s hand as it lifted its arm to defend its head from the falling roof.

“Hey! Come back, you little…” The troll started running after them but the light from the rising sun made him stop. The rocks kept falling.  “Aaaaahh! Ouch! Aaaaaargh!!!”

Outside they could hear the screams of the troll disappear as the whole mountain fell down upon him in a gigantic pile of rocks.

“There goes our gold…” Paul looked at the rocks with tears in his eyes. “All the men in the kingdom will not be able to get it out now.”

“At least we’re alive,” said Espen. “Maybe just as good, all that gold would probably be a burden anyway.”

Per laughed a bitter laugh. “Stupid kid,” said he and shook his head. “You’ll be an ashlad for the rest of your life.”  His little brother had never done anything but to play with ashes from the fireplace.

And so Espen lived happily ever after, and his brothers spent their lives in misery regretting the day they failed to get the troll’s treasure.

Snip snap snout, the tale is out, and of they’re not dead, they’re probably still alive.