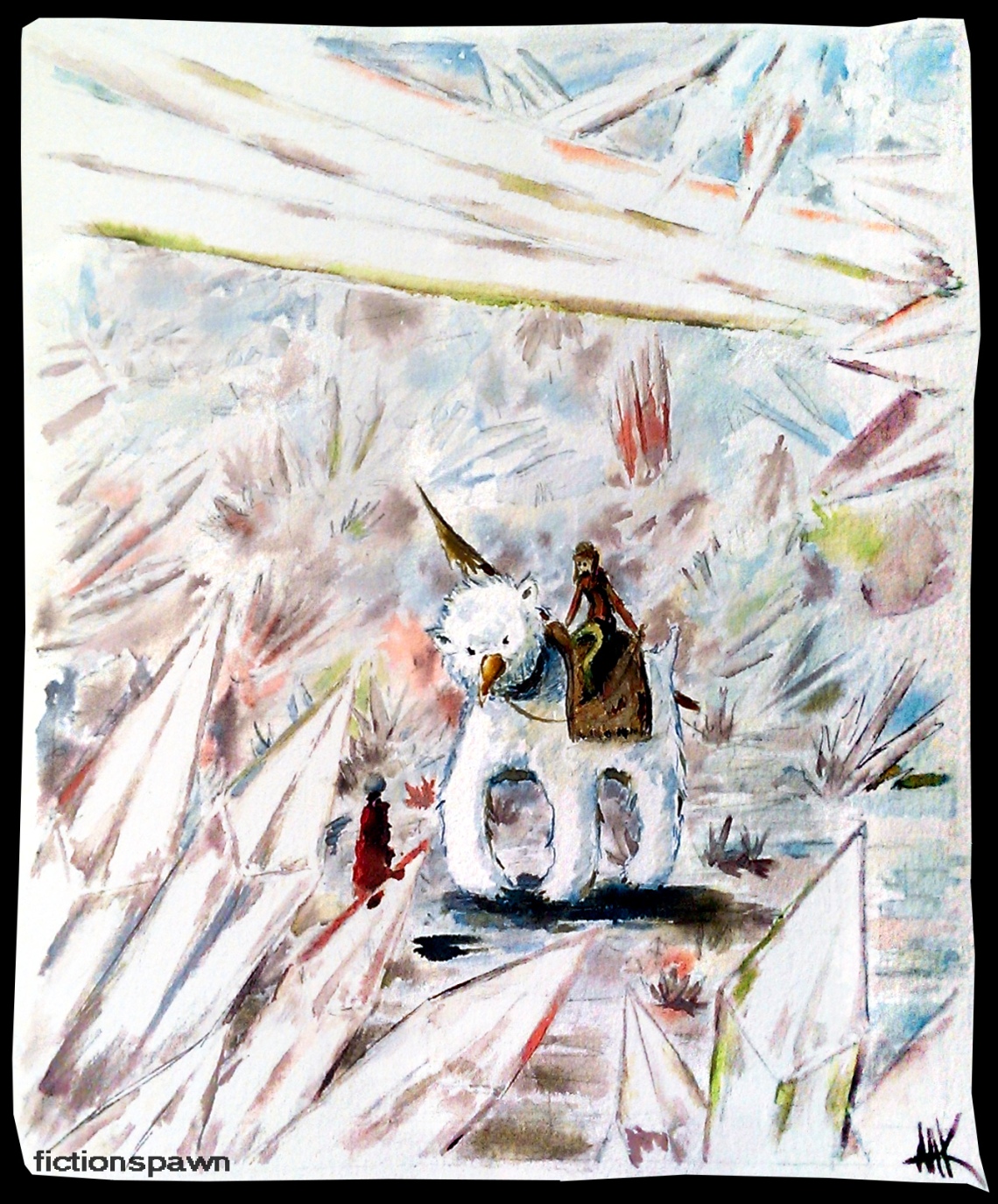 Crystals. Nothing but crystals. He had been riding through the caves for days, and crystals he could not eat. He was hungry, and so was his bear.

He saw something move. Something living, an animal. He got his spear up from the sheath, rode closer.

It moved strangely, like it was floating between the half transparent crystals. Every time he came close, it seemed to disappear.

Suddenly it was standing in front of him. Or rather floating, levitating. It was no animal.

“What brings you here, stranger?” the creature said.

It had no legs, and the arms seemed to be hidden under its cloth. Its face was old, diffuse, like it wasn’t really there. Mock was wondering if it could be eaten, but had a feeling it couldn’t even be killed. Not with his spear, at least.

-Do you know the way out?

The figure seemed to be looking straight through him, like if he wasn’t there.

The exit is found at the stop of the top

as a stone tossed when gravity’s lost”

It disappeared in thin air, just as it had arrived. Mock stood there for a while, thinking. A smile emerged on his face.

-Let’s go, Beakbear. We’re on our way home. Then he rode off, sure to know how to get out.

How did Mock know the way?