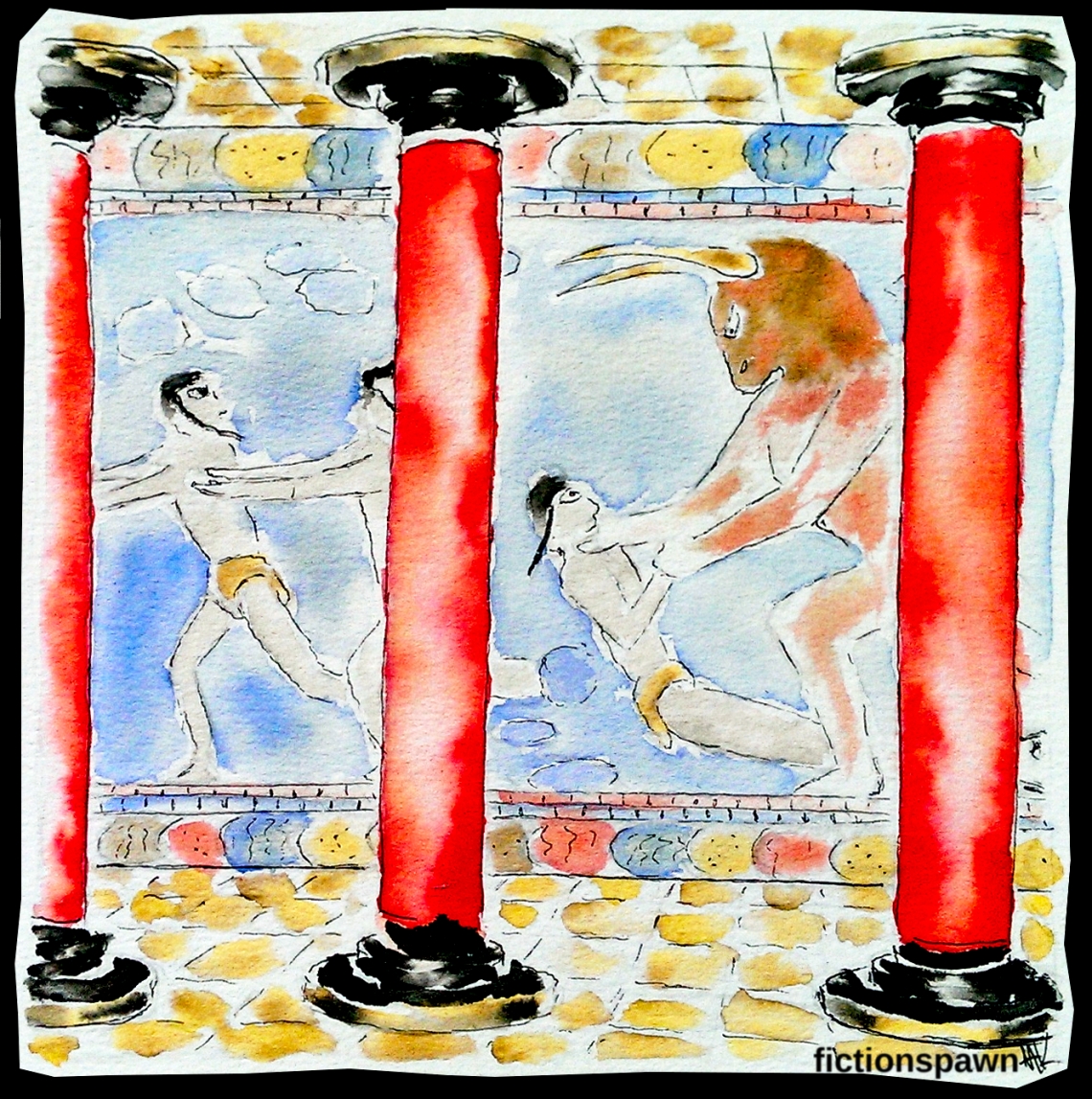 I’ve recycled one of my older illustrations on this one, since I’m kind of on vacation. The original story, which is very different, can be read here: Knossos

They stood in silence. They had lost the rest of the group in the darkness. They had been walking through the tunnels for a long time.

They could hear the loud brawl from somewhere down the halls, echoing between the walls. It was coming closer, from all sides at once.

We need to get out of here! Derkylos’ voice trembled.

There is no way out, Melegros answered, resigned. We’re lost. He was holding Alcmene’s hand.

The brawl came closer. A scream. One of the girls. Another. Then a boy.

Come on, we have to get out of here! Alcmene pulled Melegros up on his feet. The three of them ran down a staircase, passed a corner. The screams continued.

A light. Somewhere down the hallway they saw a little light in the tunnel.

Run! We can make it!

They were eyes, burning red with hatred and lust for murder. A head of an ox, but bigger. An athletic humanoid body, like the one of a god.

Roooooaaaarrrrh!!! The brawl of the Minotaur made the tunnel tremble.

Derkylos turned to run. He fell. The Minotaur grabbed him, lifted him up. Melegros walked slowly backwards. It bit off Deroklys’ head, threw the body away. Melegros fell on his knees.

Alcmene could hear his screams as she ran down the tunnel. She found some stairs, going down to the right. Lots of them. The air was getting thicker. The Mintoaur’s screams sounded like laughter behind her. Evil. Monstrous.

Dead end. She turned around. The Minotaur had a strange, misty glow around him. His head almost touched the tall ceiling, his shoulders went from one wall to the other. It was grinning viciously.

The sacrifice had come to an end.