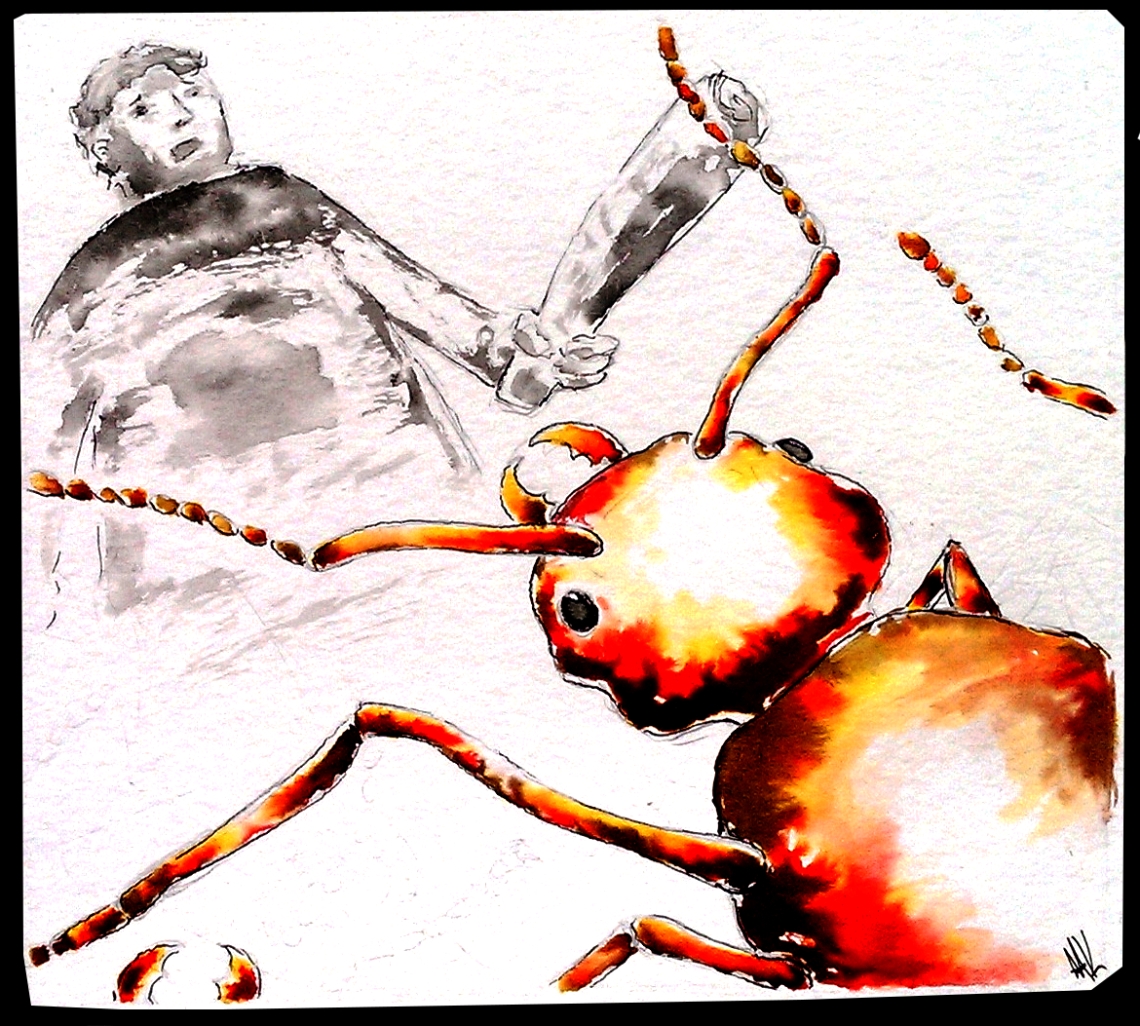 They are coming at him, thousands of them. Nigel shoots them down in high numbers, but they keep attacking. He’s outnumbered. Outgunned.

He turned half around in his chair, stretched out to grab the coke can on the table. Something moved in the corner of his eyes. He looked over at the ant colony glass beholder. There were ants climbing up on it, on the outside of the walls.

At first he thought some of his own ants had escaped, but soon he saw they weren’t the same species. He wondered were they had come from.

Amused he saw them biting the plastic cover on the feeding hole. They looked like they were trying to save the others. Hurriedly he grabbed his camera. This would make a great video for his YouTube channel.

The plastic started emitting some kind of smoke. It was bubbling, melting. He moved the camera closer. Zoomed in. He could see the ants’ heads clearly. One of them turned towards him and spit a ray of acid on the lent.

A dark spot appeared in the image. He turned the camera around to wipe it off. Another squirt hit his hand.

-Ouch! It burned. He looked at his hand. A wound was growing. -You little bastards! There was a newspaper rolled up on the table. He grabbed it.

The ants on the box were easily crushed, but there were more of them now. They were climbing up on the table legs, others on the wall. The acid squirts came flying through the air towards him. He took a step back.

Something stung his foot. An intense pain penetrated his skin, burnt into his flesh. He could feel the pain travel through his veins. He screamed. There were ants crawling on his socks. Some had already reached his pants.

They all started biting.

He tries to brush them off, to hit them, to kill them. The pain is moving up his leg. His feet are getting numb. The acid flows though his blood, up his body. He takes a step towards the door, but his feet feels like jelly. He falls, face down on the floor. The ants are everywhere, crawling onto him from all sides as he drags himself towards the door.

Halfway there he stops moving.

The Cockroach Man in the Darkness Lurks