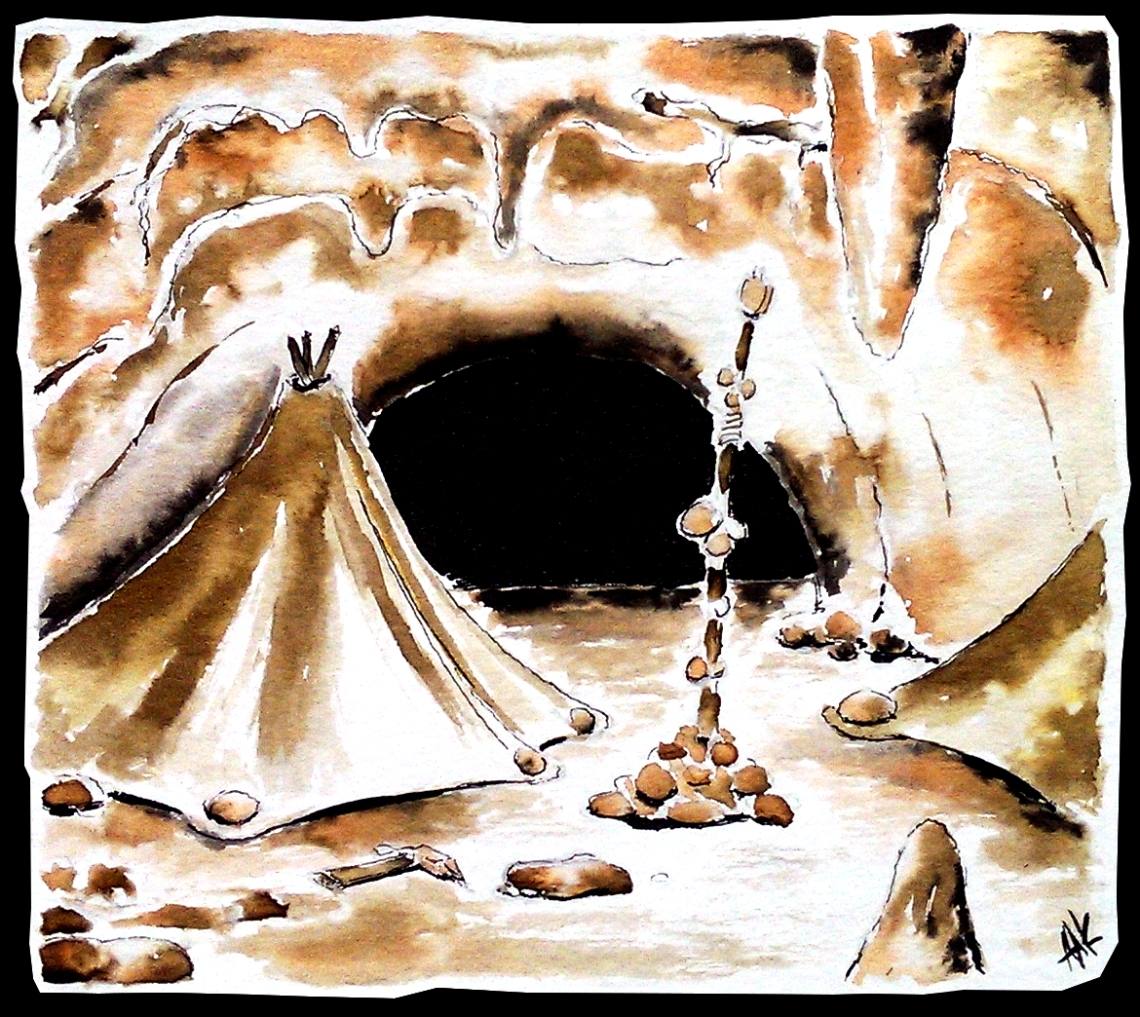 Another rock fell from the roof. The tunnel was shaking.

-So the time has come, said Bargan.

-We have to get out of here! His grandson Bilk was looking up the tunnel.

-There is no out of here. The tunnels and the halls are the world. Where would you go?

-The tunnels further down have already fallen. We knew the end was coming, even before the war. We’ve won, but the prophecy we cannot defeat. The world will fall. The tunnels will be destroyed. It is inevitable.

He grabbed his pickaxe and went walking, upwards through the tunnels. The life giving roots were hanging from the walls. The roots. Where did they come from? Why were they there? He had been thought not to ask such questions, not to question the ways of the Creature they lived inside. He had never really believed in the Creature. They just seemed like walls to him.

He went up to highest tunnels known. He walked through tribes and villages, all scared by the quakes shaking their world. High up, above the last village, he started pulling a root.

He found some other roots. He pulled them. Kept searching. A root gave in. He took his pickaxe, picked and dug. He could feel a draft from a small tunnel opening on the side of the root. Air, fresher than what he was used to. It smelled different. He started digging. Soon another tunnel emerged on the other side. He opened the hole enough to climb through, and started walking upwards.

The tunnel stopped, but the roof above was softer than in the Tunnels of the Dona tribe, the roots were more numerous. The earth shook again. He fell. He climbed up again, started digging, pulling the roots, cutting.

Above he saw something he had never imagined. Something more beautiful than anything he’d ever heard of. Thousands, millions of little sparks were shining above him, so far away he could not even begin to understand. They were like the noble rock of the deeper tunnels, but their light was not reflected by his torch. They shone all by themselves.

Tears were running his cheeks. His jaw was shaking. This was beyond anything anyone had ever believed.

He ran back to tell them all. They would have to see it for themselves.

Where the World Ends