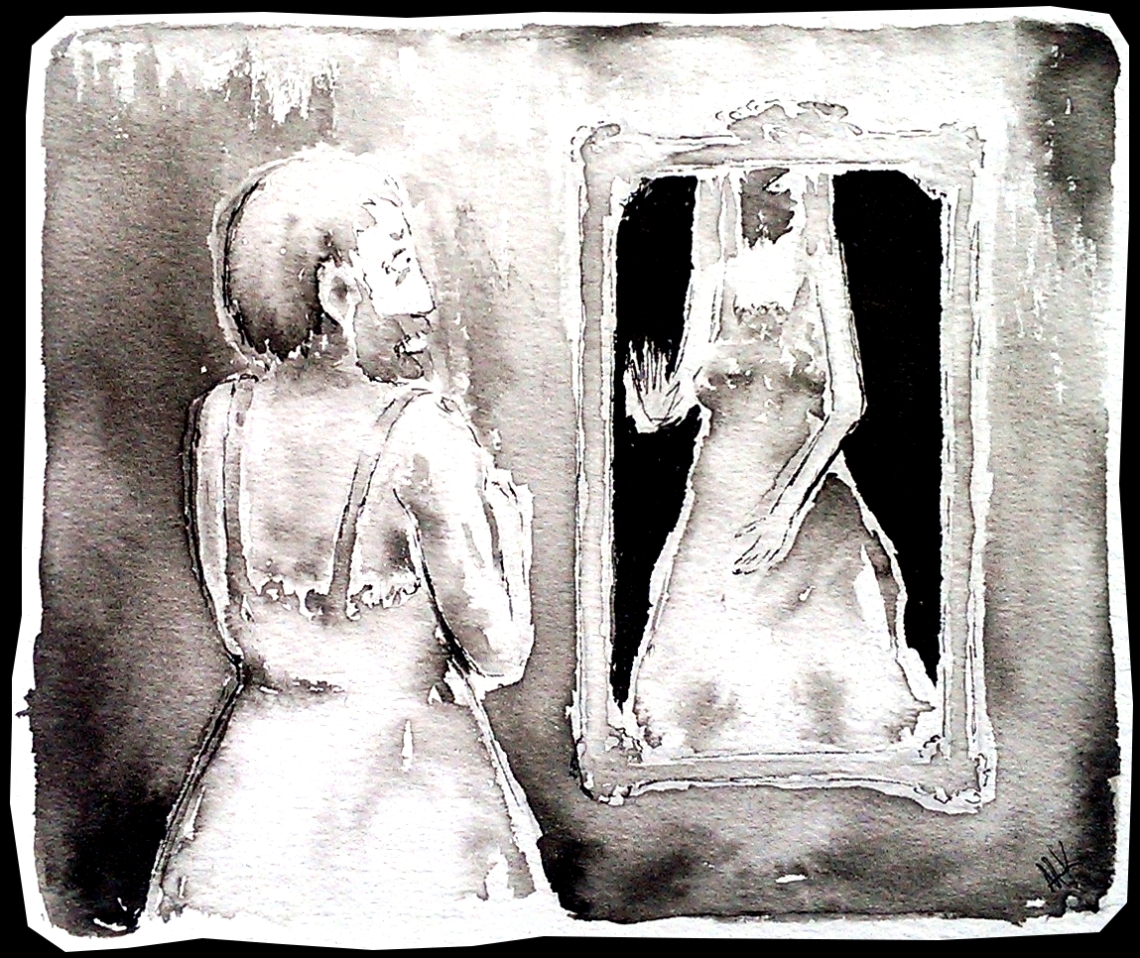 It was getting dark, and rain was in the air. Jeffrey didn’t want to sleep outside tonight, not at all. He kept walking, the road going straight as far as his eyes could see.

He saw a small path going into the forest. Maybe he’d have a better chance of finding shelter there. He walked for quite a while. Deep into the woods he found a cabin. The windows were dark, and the cabin worn. Looked around. The porch had a small roof, but he would still be wet. He searched the door. The window.

He found a key.

Inside the cabin was furnished with old, wooden furniture. A couch, a couple of wooden chairs. A table. A big fireplace in one corner. There was a bed in the other room.

He fell asleep listening to the silent tapping of the rain on the roof. The bed was comfortable, and the old blankets warmer than they looked.

The next day the sun was shining. There was a nice little lake outside, and there was some fishing equipment in a closet. Soon he had several fish. There was wood underneath the cabin, and with a bit of work he got the fireplace started. He was thinking of staying here for quite a while, if no one came. This was perfect.

That night he found some candles, lit the cabin up. He looked around if he could find some booze. In a chest in the back he found an old dress. It was beautiful, for sure someone had used it for special occasions. Which seemed to have been few, the dress was as good as new.

He held it up. The fabric was soft. He went over to the mirror, held it up in front of him. He liked looking at himself. The dress looked good. He looked good. He puckered his lips a bit, made a doll face. If he’d cut his beard he would be quite adorable. He tried it on. It was small, too small, but he kind of liked that. It made it stick to his body in a good way.

He looked at the mirror. He froze. His mouth half open, his eyes staring at the reflection.

It was not his.

The dress was the same, but a woman was standing there. Her eyes shining of evil, her face burnt, but not by fire. Distorted. Sharp, pointy teeth sticking out of her hideous mouth.

She came at him. He ripped loose and ran. The door wouldn’t open. He pulled and pushed, trying to break it down.

Here, Nicky… The woman was walking slowly out of the bedroom. You’re going to help me… Help me contort her face…

A past incident flashed in Jeffrey head. A little boy, looking at his mother. A little boy dying. A sacrifice. His mother casting a spell, a spell to punish the woman who took her beloved away.

What she didn’t understand was that the one who had driven him away was her. As the boy died, the face of his mother twisted. Burned. She was left alone and screaming.

She walked slowly over the floor. Jeffrey grabbed the fireplace tong, holding it up to defend himself.

She flew at him. Fast. Her hands lifted.

Reality came back. Jeffrey found himself in a room, a room he did not know. The dress was wet with blood. His hands. His face. There was blood everywhere. The body of an elderly lady was lying on the floor. Her face was not there, ripped, clawed, bitten to pieces.

The revenge had finally been fulfilled.