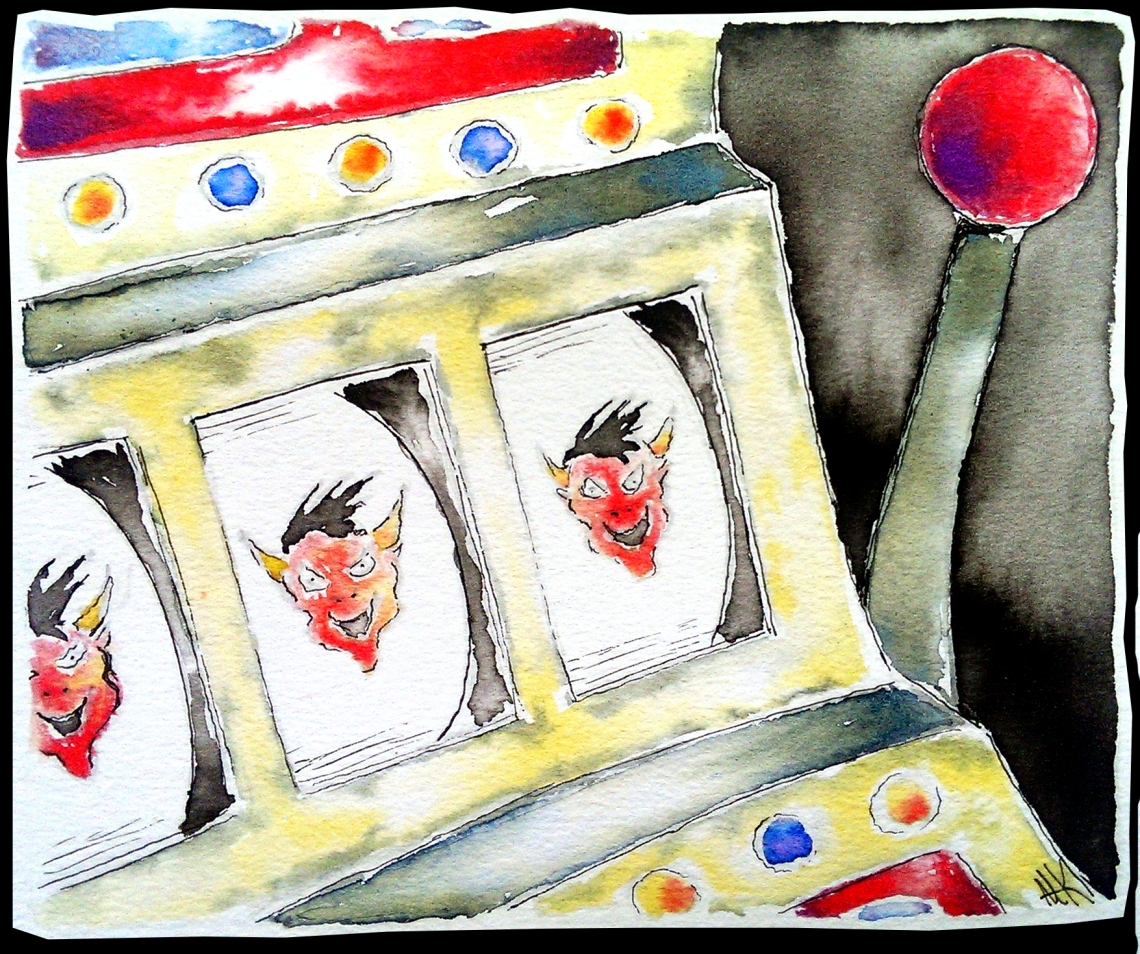 The poker hall was rather empty. Some people at a couple of tables, but Perry wasn’t in the mood for poker today. He walked through to the dice tables. There was no space, all full. The slot machines. That was where he was going to win today. He was feeling lucky.

There was a new machine there. A Trip to Hell was written with colourful lights on the top.

He threw in a couple of coins, pulled the lever. The wheels started rolling.

He pulled again. No luck this time either.

Soon he had only one credit left, and no cash. Time to go home, it seemed. He pulled.

Jackpot. The lights started flashing. The machine laughed. It sounded like it came from behind it, underneath it. An evil laughter of triumph.

The room started shaking. The ground opened underneath him. He fell. He fell through rocks and fire. He fell a long way.

He landed on a stone floor somewhere dark, far below. It smelled of sulfur and ashes.

Ha ha ha! The same laughter he heard when he won. Now it came from all around, from the darkness.

A figure took form in the shadows. A demon. A devil. The Devil.

I figured that, Parry answered. The three demons were supposed to be the grand price. But where the fuck am I? And where’s my price?

The answer to those two questions is the same, my new little weak friend. You’ve won a trip to Hell! For all eternity! He smiled a bright smile as lights came on.

Perry looked around. There were people being torture everywhere. Up on the walls, storeys and storeys above, he saw demons having fun torturing lost souls.

Noooooo!!! Perry screamed. The despair took control. Tears were jumping out of his eyes.

What’s wrong? I’m in hell! I’m going to be tortured for ever!

Ha ha ha ha ha ha! You silly little wimp! You’re not going to be tortured. You won the Jackpot. You’re staying with me!

This wasn’t going to be that bad after all.