This is another repost. It was written in two parts, now edited and shortened down to one. It’s inspired by Mary Shelley’s Frankenstein and H. P. Lovecraft’s Herbert West – Reanimator. 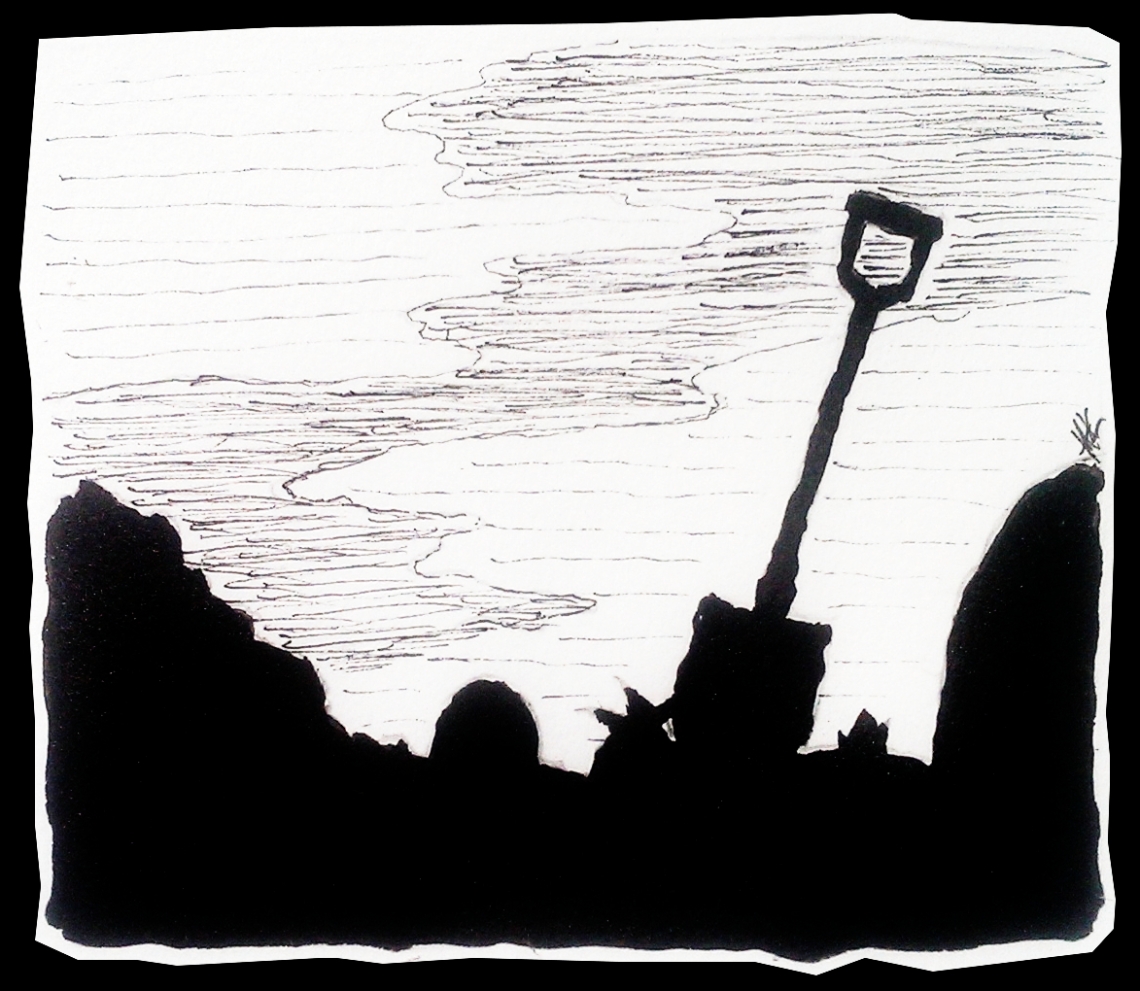 Freakinstone was a scientist, and he was crazy. Good old spickedly mad, as they said in the village. After the great destruction, science was still evolving, but at a personal level, like in the old days. He had learned from his father, and he had access to a lot of old technology from the great metal disposal area close to his old castle.

He started out with a beetle. Insects were easier, their cells seemed to regenerate faster, and there were more  expendable cells. Several batteries assured energy. A mix of copper circuits and liquid biochemical substances would bring the dead bug back to life. He pushed the button. It didn’t move, just lay there. He picked up his papers, his calculations had to be wrong. A movement in the corner of his eye. He stopped. Stared. Did the little creep move a leg?

It happened again, now he saw it clearly. The insect moved another leg. It started walking. He had to hold on to the chair. He had conquered death.

After several successful insect and bug experiments, he moved on to small reptiles, lizards. They moved around, but were quite clumsy and stupid. The first mouse was a great breakthrough. It was harder to control than the others. It had more will somehow, if such a thing existed.

He needed to complete his work. He needed a human. A human for him to control. Someone to help him out around here, so he could focus one hundred percent on his science.

He dug up a body from the graveyard. A child, easier to carry. Several nights light could be seen in the tower. He worked without stopping until it was ready. He turned it on. It started moving a little.

Hello little one! He said, cheerfully. How do you feel?

Ghhehehehennnsnsnam…. A strange gurgling sound came from the recently revived child. It sounded like it was in pain. Horrible pain. No eye contact. Some shaking was all the movement he could see. This was no human. He turned it off, disappointed.
He looked through his papers. The problem was clear. The brain had been too damaged from rot and other processes. He needed a fresh body.

He looked out of the window. Daylight was emerging. Down at the graveyard the gravedigger had already started working.

Ah, Freakinstone! The gravedigger said as the mad scientist approached. Nice to see you. Could you believe someone dug up a dead body the other day? It was Jeff and Alice’s kid, who died from a heart failure. Some people are just crazy, aren’t they? They… What’s up? You look strange… What are you doing with that knife? Nooo! Aaaahhh!! Help me!!! Ahghhh!

Freakinstone turned the gravedigger’s carriage, poured out the dirt to empty it. He got the dead body onto it, and hurried up to his old castle. He had to get started fast, before the body was corrupted.

After some hours of work he was ready. Freakinstone pushed the power button.
The gravedigger made some complaining noises. He opened his eyes. A strange, dead stare.

Hello! Freakinstone said. I, er… You had a… an accident! That’s it, an accident. Now you need to rest. No. No-no-no! You need to stay down and rest!

The gravedigger grabbed him by the throat. Lifted him up. Freakinstone fought desperately, but the gravedigger was stronger. He choked to death.

The gravedigger looked around the room. His eyes were blurry, like if the room was full of smoke. Or was it his brain? It didn’t work the way it should. It was… Diffuse. Strange. Like if there was some kind of fog, some kind of… death. He couldn’t think straight. He felt nothing. Knew nothing, or at least not much. Some blurry memories, but he wasn’t sure what they were. He wasn’t even sure if he was dead or alive.

He left and headed towards the village. 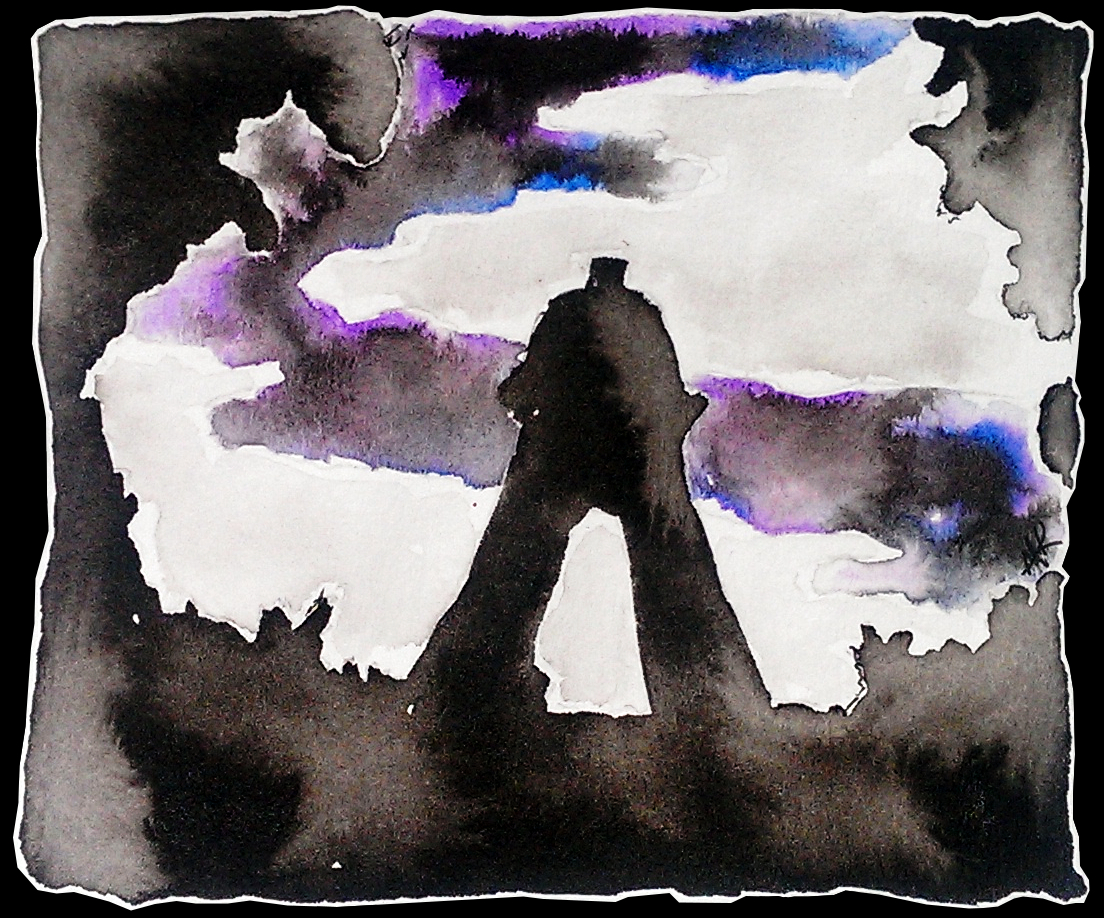 He remembered something. Some… person. Eyes. A touch. Soon it was gone.

He arrived between the houses. People were walking by, some saluted. Others ignored him. He didn’t understand. He didn’t care. They were things, moving around.
Martin was walking down the street. A strange man came towards him, staggering as if he was sick.

Hey, Jones! I didn’t recognise you. Jones the gravedigger passed by like he didn’t even see him. He must be drunk, Martin thought. So unlike him.

He came to a house. It looked familiar, somehow. What was that, deep inside him? Feelings? Memories? He needed to feel something. He needed to remember. Something to show him he existed, that he was alive. Something real.

His shady eyesight made it hard to see. Some sound came from within the house, from the next room. It was hard to tell what it was, his ears were full of noise, a background sound without meaning. He tried to think, but his thoughts were slow, too slow. They didn’t make sense.

Darcy came walking into the hallway. He was standing there, looking at her.
What’s wrong, darling…? She said. No answer. The expression on his face was…. Strange. Dead, somehow. Empty. Scary. What’s that you have on your head? There were cables and metal tubes sticking out on one side.

No answer. Something was wrong. She took a step back. He followed her. She turned to run.

He caught her in the stairs. Held her down. He needed to feel something. Anything. He bit her. Bit her in the face. She screamed. Started hitting him. He could feel the punches. A little bit. Not pain. Not even molest. Just the recognition of something hitting his skin. It felt good. Alive. Real. He started hitting her back. In the face. Again and again. He felt something. A strange pleasure of violence. She didn’t move any more. He punched her face a while longer. It wasn’t the same when she didn’t move. He started biting her head.

Darcy! Is everything… He stopped. Her husband was lying over her. Chewing on her. He backed out.

The creature got up on his feet. Walked towards the noise. Out the door. Martin ran away, screaming. The other villagers came out of their houses.

But it’s Mr Jones? He wouldn’t…? One of the villagers exclaimed in disbelief.

That’s not Mr Jones, said another. It’s a monster! Kill it!

The villagers picked up weapons. Axes, spades, whatever they had at hand. They were many now.

He looked at them. Their weapons. They wanted to hurt him. Fear? Maybe. Something strange deep underneath the clouds in his mind. Danger. He turned, ran. Down the slope, over the field, into the forest.

The farmers came running after him. Shouting. Dogs barking. A dog reached him. Bit his leg. He fell. Two others was biting his arms. Fear. Definitely fear. A farmer stabbed him with a trident. Another hit his head with a pickaxe. Pain. He was alive. He was beyond doubt alive.

Now he was dying again.

The original story: Part 1 and part 2.