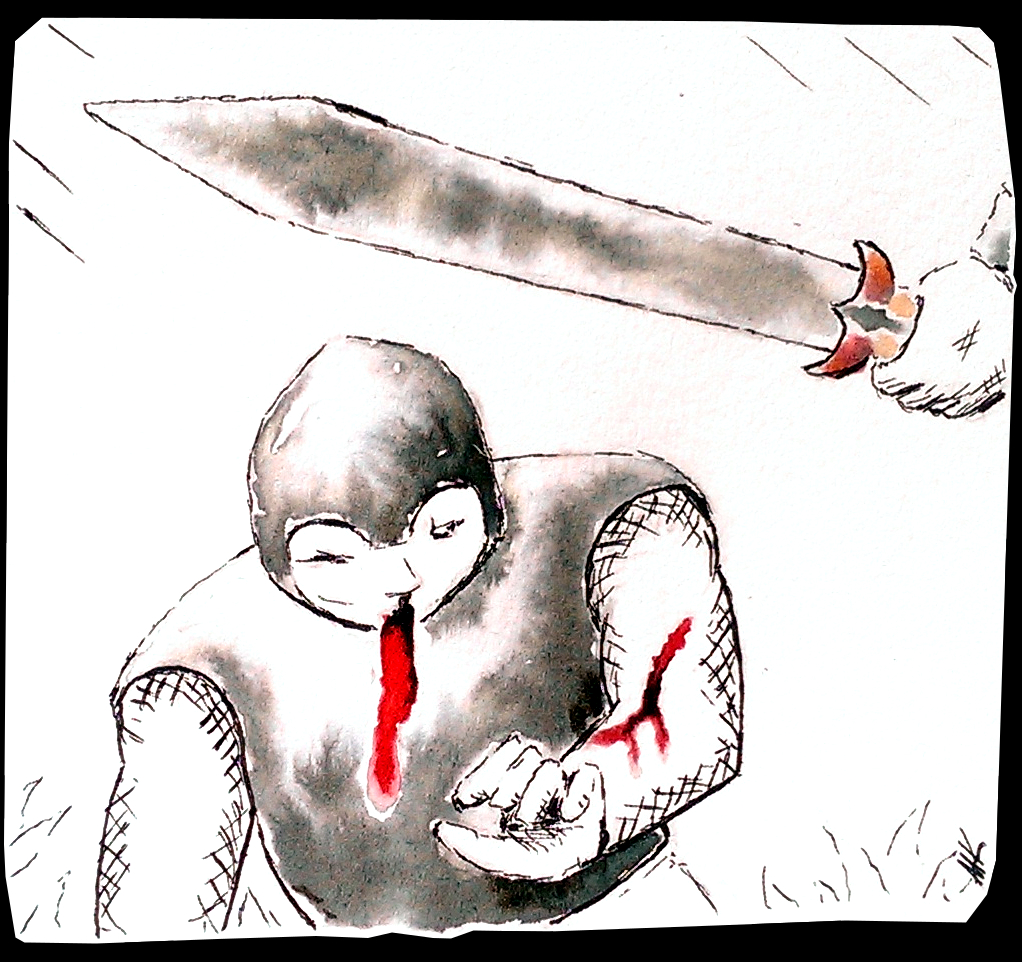 Sir Morgary lifts his sword. He’s won the battle, there’s no doubt about that. Sir Gregory is on the ground, defeated. But it’s not over.

Sir Gregory turns slowly. Morgary sees his eye. A look of defeat. Of hate. Once this man had been his friend. Together they had won battles, they had slaughtered and raped, drunk on victory. That is a long time ago.

He lets the heavy broadsword fall. Cuts his neck in one strike. Gregory’s head falls to the ground.

It’s still staring at him.

The rest of Sir Gregory stays on one knee.

Strange. Sir Morgary wipes the blood off his blade. He turns around and walks toward his horse. He was bringing news to his king. Now they aren’t all bad.

The saddle is a bit loose. He tightens it. He hears a sound behind him. A sound of chain mall moving. Metal scraping on metal.

There. The body has fallen. He turns around to have a last look at his kill before he leaves.

Sir Gregory is standing. His head still lies on the ground, still staring at Morgary. Morgary lifts his sword in disbelief. The lack of logic scares him. He knows how to handle fear. He attacks. Pierces his sword into the headless warrior’s chest. Through the metal. Straight into his heart.

His sword’s stuck. The decapitated body stands. The head on the ground starts laughing. First a giggle. Then stronger. It laughs like a madman as it’s body lifts his sword.

The sword goes down over Morgary’s right shoulder. It comes out under his left arm. A clean cut. He falls to the ground in two pieces.

Gregory picks up his head. He walks over to his dead opponent’s horse. Holds his head up, looking to the east. He jumps up on the animal and rides towards town. Vengeance will be his.