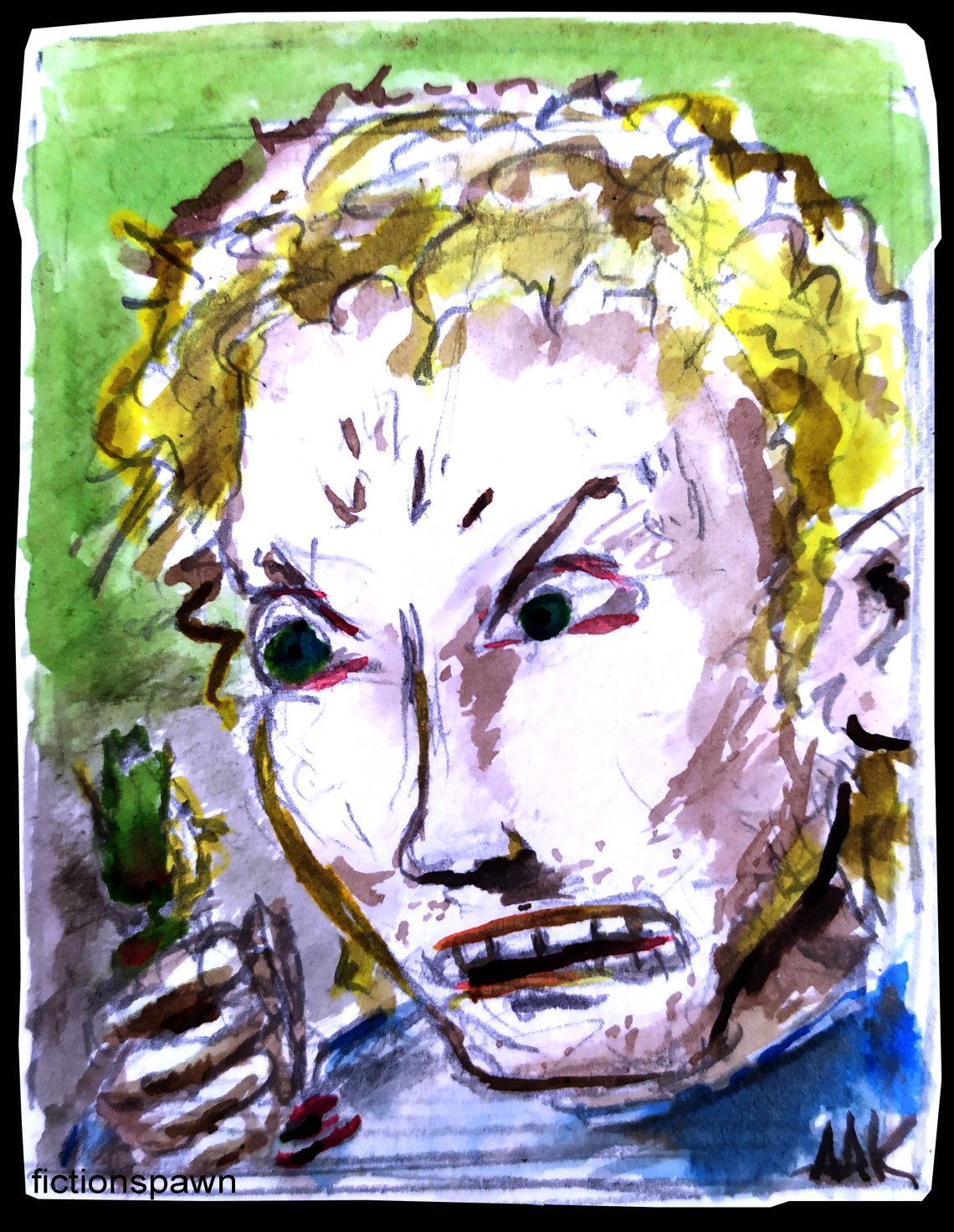 He held the little gnome up in front of his face. Finally. after years of pranks and disasters, he had him.

He put the little man in a jar, trying to find out what to do with him.

It had all started with a broken alarm clock.

He had bought a new one. It broke as well.

Then the panties in the bedroom. Black eye, girlfriend gone, and that was just the beginning.

Now the little creep was caught. He was his prisoner, and it was time for revenge.

He though about torturing him. Maybe burn him with cigarettes, but it wasn’t really his style. He didn’t even smoke, after all. Killing him would be fitting, but he couldn’t get himself to do it. I mean, how many people had ever seen a real, living gnome? They were always hiding, staying out of human sight and… “Wait! That’s it!”

-Oh, no,please don’t, the gnome pleaded as he carried him out to the street. -Anything but that!

He put him up on a pole, and waited for people to come out of the mall. The gnome twisted and twined as people flocked around to see.

A gnome, shamefully exposed before the world.