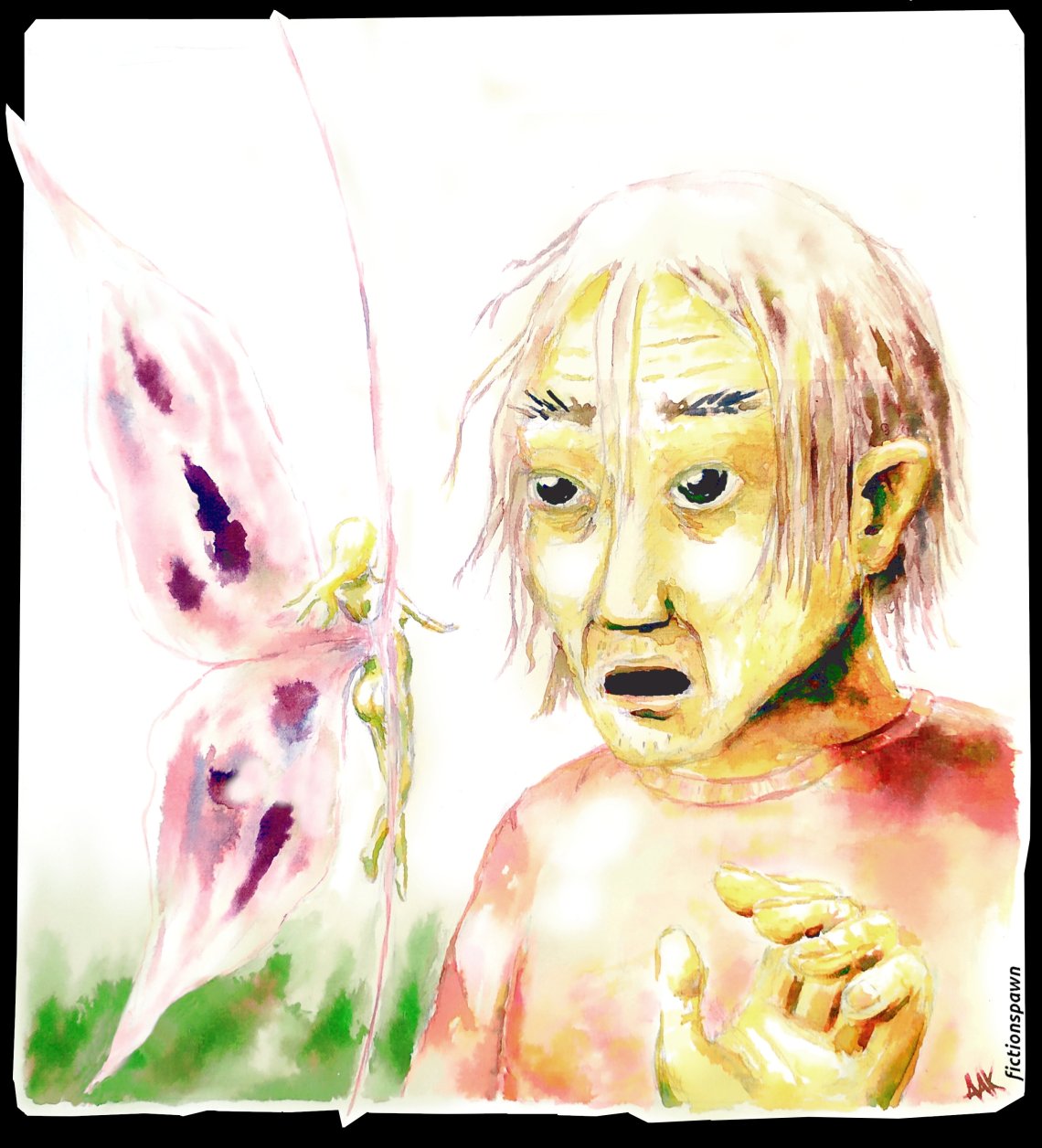 The sun was piercing through the morning mist, the world awaking. Little birds were singing, insects looking for the day’s first meal. A little butterfly was coming straight towards him. It was surrounded by a strange glow. Magic.

It flew up in front of his face and stopped in mid air. Hovered for a while. He rubbed his eyes, opened them again.

It had the the face and body of the most beautiful girl he had ever seen. Her naked body shone of sensuality and lust. She stared at him with intense, big eyes.

-What… What are you? he stuttered.

-I was about to ask you the same thing, she answered, smiling a curious little smile. -What are you doing here?

He didn’t know what to say. What was he doing there? What happened last night? He didn’t remember much, but it sure had been fun. He looked around. He was in some overgrown garden. He couldn’t tell where.

-You look lost, she chuckled. Her words sunk into his hung over nerves, like she was telling him a deep truth about his life. She was right. He was lost, he had been for quite some time.

He really needed to get his life on the right track.

Then she was gone.

-Wow, he said out loud, shaking his head as if that would clear it up. -That was intense.

He turned around. His house was there. He was in his own back yard, and it was cold.

What I need is some sleep, he though, and went in the door. The next day he had forgotten all about it.