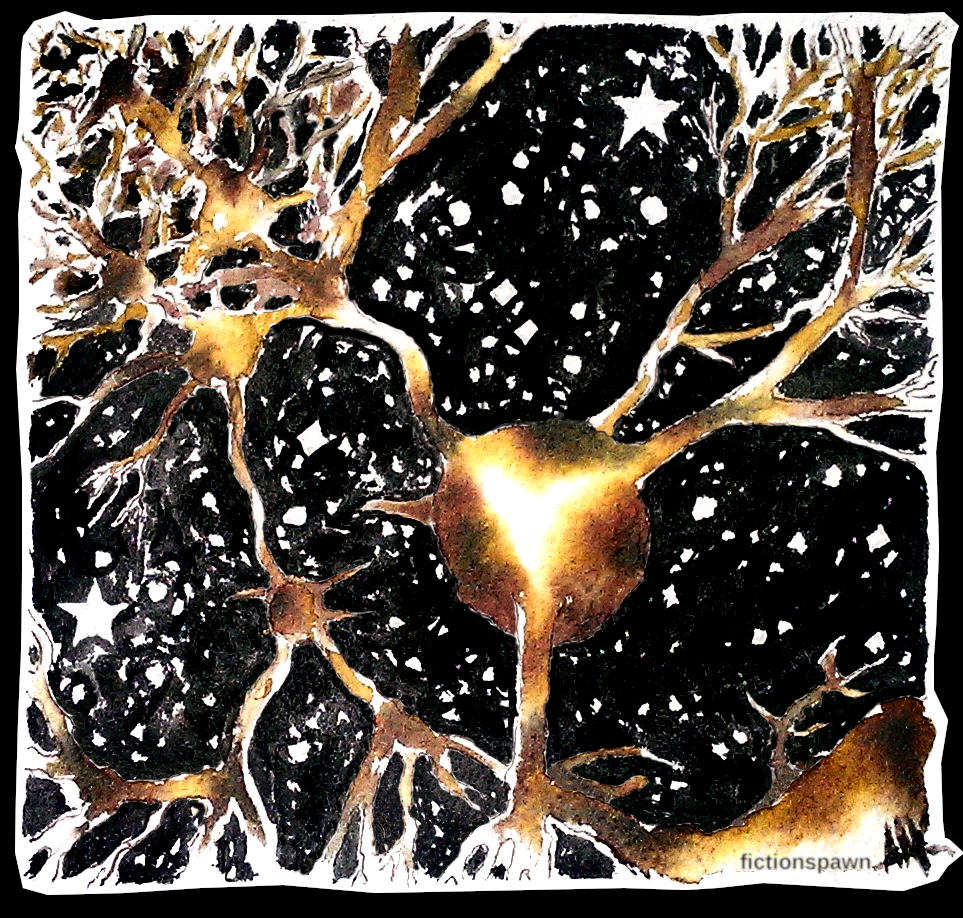 Deep inside, he was, and he knew he was. Milliards of cells communicating with each other, innumerable connections close to infinity, existing beyond what they were capable of understanding themselves.

Contemplating, interacting with the world.

Creating something never seen before.

He took the brush down on the paper, a line came into being, made its mark on a piece of time frozen in eternity. Soon to be gone, never to be lost. He made another, many others. Patterns emerged. Forms. Depth.

A world was created inside the world, a thread of reality sinking into the interpretation called his mind, manifested to be shared with others. Colours, simple wave lengths in the line of photons, became life and beauty, shadows and darkness. Absence of manipulation became light.

A new dimension came to be in a world full of wonders. A piece of art had been born.

The Old Man Who Knew