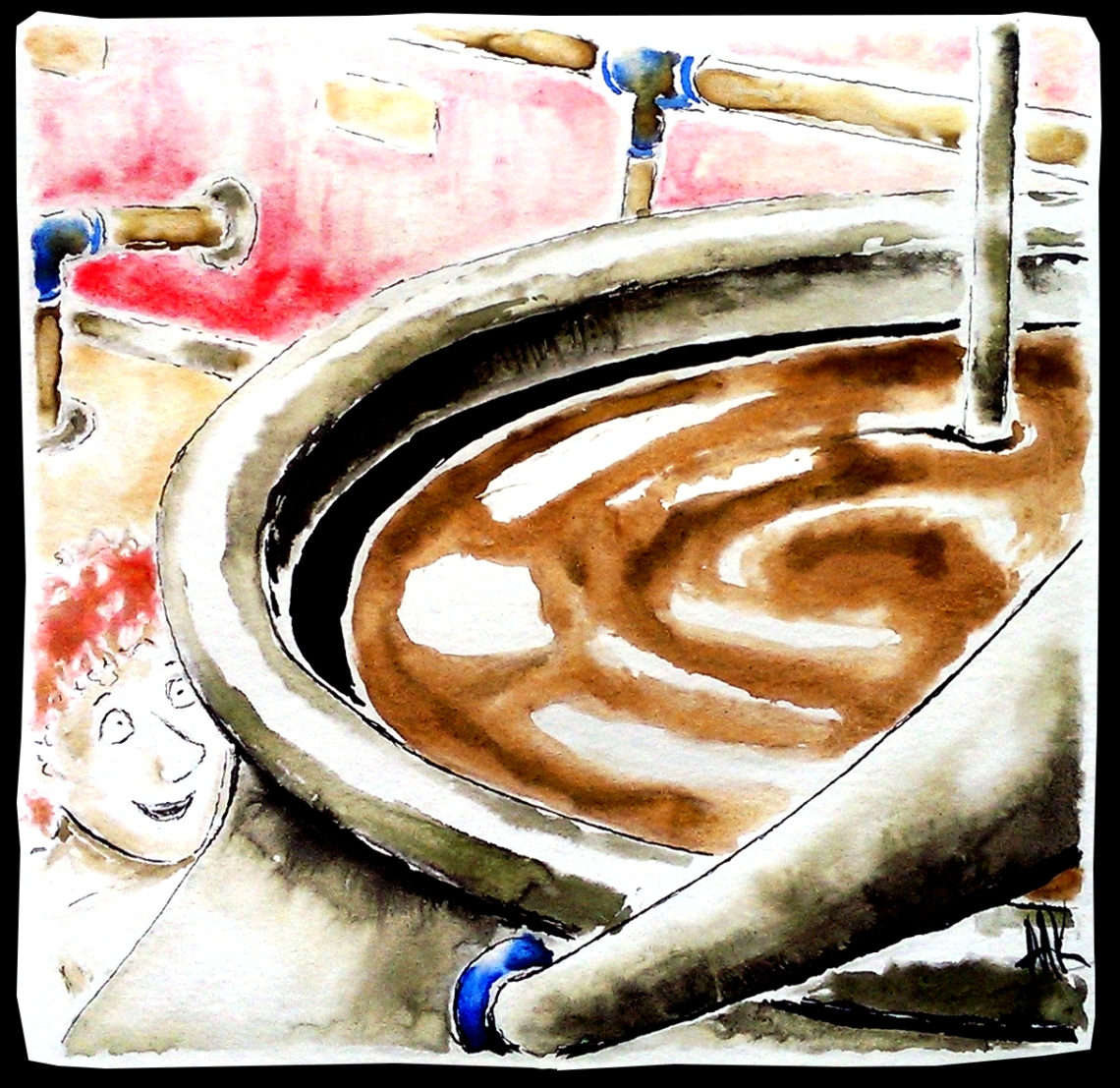 He woke up on a bed in a small room. There were no sheets on the mattress. He was sure there had been yesterday.

Maybe she’d taken them away to clean them. He looked around the room. His clothes were gone, too. Strange.

The room had two doors. One leading out of the cabin, where he came in. The one on the other side of the room was half open. There was a stairway, going down to some kind of basement.

He walked through a long underground hallway. There were tubes and machinery, like old fashioned industry. A familiar smell filled the air. He couldn’t really put his finger on what it was, but it smelled good.

Further down he could see a big pot. As he got closer, he realized what the smell was. Chocolate. He loved chocolate. This girl was awesome, and full of surprises. She had a chocolate factory, in the middle of the forest.

I’ve found the love of my life.

The pot blocked the way. He could hear the girl singing on the other side, her soft voice refreshed the memories from last night. So cute, yet so naughty. She had been amazing.

A hatch opened in the floor. A ladder went down to a tunnel underneath the pot. He smiled, and started climbing down. When his hands met the third step they got stuck. Something sticky held them fast. He heard laughter above. The girl was looking down at him.

-Hey! he said, happy to see her. -There you are. My hands are stuck.

She smiled. Pulled a lever. He heard the sound of metal slide against metal. The pot was inclining towards him. Drops of melted chocolate came over the edge, burned when they hit his face. The pot kept moving. Boiling hot chocolate came pouring down, scolding his skin. Covering his face. His head. His naked body.

As the burning pain started fading he could hear the girl laugh. A childish laugh of expectation and joy. When the chocolate hardened he was already dead. A chocolate man ready to be eaten.

Please help me out by using the sharing buttons. Thank you for your visit.