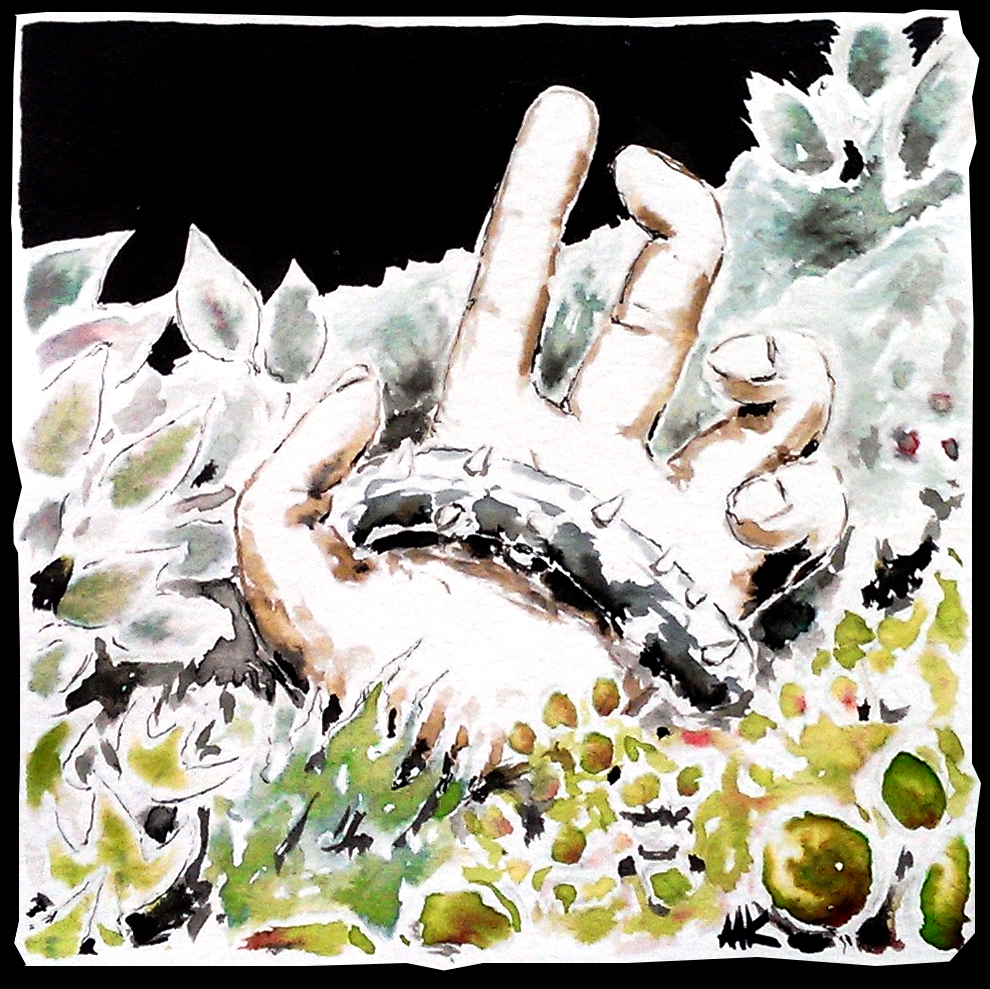 The old woman was sitting in her chair in front of the vivid flames in the fireplace. A child was sitting by her lap, looking at her with big eyes.

She lent back, touched his head.

“She was the most beautiful creature in the whole of the forest”, she said. “Everyone loved her. The trees and flowers, the birds, the squirrels and elks. So innocent and pure no one could reject her.

A man came walking through the forest. A hunter from a place far, far away looking for new hunting grounds. He got lost in the woods. Darkness fell. He kept walking. It was autumn, and getting cold.

He saw a light in the darkness. He walked closer. It was a window. He peaked inside. She was the most beautiful thing he had ever seen. He stood there, watching her for a while. She was sitting in front of the fireplace, making a basket out of straw. She had a white little summer dress on. It had to be warm in there.

He knocked on the door.

-Hello! She said when she opened, puzzled by seeing someone so deep in the woods this late. -What do you need?

He forced himself in, pushed her into a corner. The young girl didn’t understand, she had never known such violence before. She looked at him with big, scared eyes.”

The old woman went silent. She went over to the fireplace, put in another log. The child waited.

She said nothing for a while. She blew air into the fire, got it burning again.

“He wasn’t used to kindness. Never had he known love. Without kindness, evil grows.”

She continued her story.

“He did horrible things to her. The girl, protected from cruelty, had never known anyone could do such evil things. He left her lying on the floor, shattered, deprived of her beauty, her innocence. He was sitting in a chair, looking at what he had done. The darkness of his mind mixed with her pain, her suffering. Her fear. It leaked out through the cabin walls.

A creaking sound came from outside. He looked out the window. The fire, seemingly dying, suddenly started burning again. He heard a laughter. An evil laughter from somewhere inside the cabin, in the walls. The walls. They moved, coming towards him. The chimney came alive. Like a toothless mouth of fire coming closer and closer. The portraits on the wall reached their hands out, touching him, grabbing him. He went for the door, stumbled in the rug on the floor. Fell. Something held his foot. He got loose, ran out, fell down the stairs. The cabin was alive behind him, screaming a scream of destruction, of revenge. He ran into the forest, between the trees.”

As the old woman spoke, the wind rose outside. The fire got stronger, the cabin walls made complaining sounds.

“The branches was cutting him, grabbing him. The bushes got denser as he ran, the ground muddier. His steps became heavier, slower. Trees blocked his way. Huge trees, standing too close together for him to pass. He turned around. The path was no longer there. He could see the bushes grow. Eyes staring in the darkness. Branches came towards him, grabbing him, pulling him. As he was sinking down into the ground, the vegetation covered him, tied him, until he was swallowed by the forest and his screams could no longer be heard.”

Silence. The wind had stopped. The child sat on the rug, he said nothing. He was looking at his grandma. His hands were shaking. His lips. The chimney was once again loosing its heat. The old woman walked over, put on another log.

In the flickering light from the fire the scars on her face looked bigger, making moving shadows on her skin.