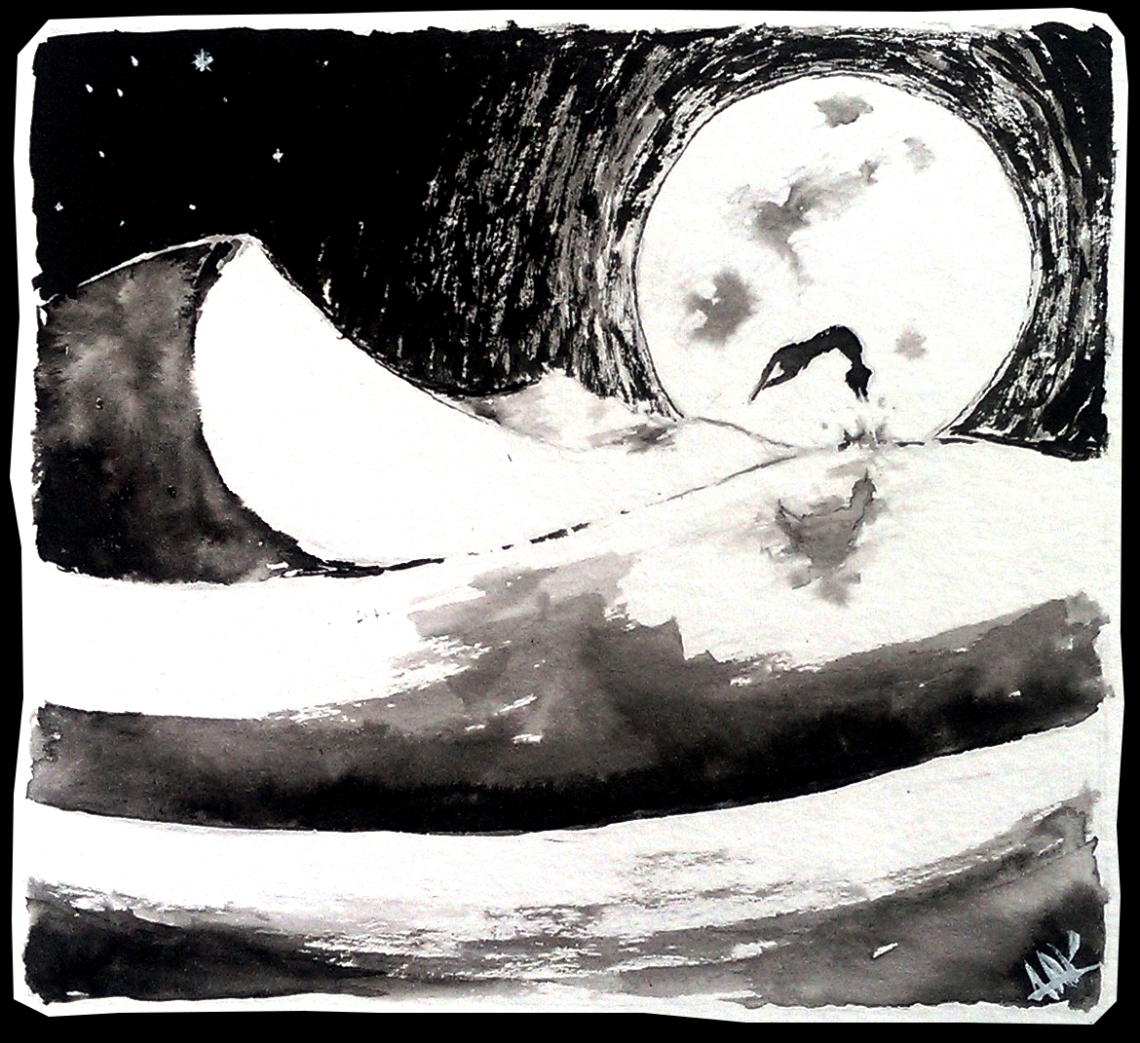 A hard days work had been done, and the search had already begun. Rachel was looking into the bound fire. The sound felt good, relaxing. Tomorrow they would continue their search for the lost city of the Kalahari, which according to Barry’s wasn’t in the Kalahari desert at all, but here in the south of the Namib.

They were talking about things far away, things back home, and Ng’guya, the guide, was telling them about the area.

Johnny suddenly cut him off.

Something moved in the sand dune in front of them. Rachel looked up.

Ng’guya looked worried, but said nothing. It was gone.

The next day they were looking at the sonar, searching below the sand for anything man made.

Something moved down there, deep under the sand.

-What the… It looks like something is swimming..? Barry started checking the computer.

Ng’guya looked over their shoulder. He looked at the dunes, at the ground.

–Aigamuxa, he said. -We shouldn’t be here.

Rachel looked at him.

-Horrible creatures of the sand dunes. They eat human flesh. Their eyes are under their feet, but they can walk on their hands.

-We should leave, the guide said.

Rachel always had a hard time sleeping during full moon. She got up, and went out. The night was beautiful. The moon made the desert shine like silver, and the huge dunes looked like mountains.

She started walking up on one of them. The sand fell down as she walked, made it quite a climb, but soon she was on the top.

She could see far, far away. A sea of sand under an infinite sky. They said these were the tallest and oldest sand dunes in the world. She sat there for a while, breathing the clean desert air.

Something moved further down.

She got on her feet, but it was gone. She took a few steps down.

It appeared again, closer now. It was coming up towards her, sometimes visible, sometimes not. Swimming in the sand like a fish in the sea.

It disappeared again. For a long time she stood there, searching. She was breathing faster, her heart beating harder.

It jumped. Just some feet away it jumped out of the sand in a gracious bow, hanging in the air for a moment before it disappeared head first down into the sand again.

It was the most extraordinary thing she had ever seen.

A face appeared. Two big eyes examining her. Blinking. Inclined it’s head to one side, then to the other, as if it was trying to figure out who she was. What she was doing there.

It made a sound. A strange, high frequent sound coming down from ultrasound levels. Metallic, yet soft. Caring.

For a moment she saw herself through the creatures eyes. She was the most beautiful thing she had ever seen. Everything was. The sand, the desert. The sky. It lasted forever. An eternal connection, deeper than anything she’d ever known.

It sunk down in the sand again and disappeared.

She stood there for a while, hoping it would come back. After a while she started walking down the dune, sliding on each step. She turned around to have a last look.

In front of the moon she saw it jump into the air as if it was saying good night.

Kanaima – the Spirit of Vengeance