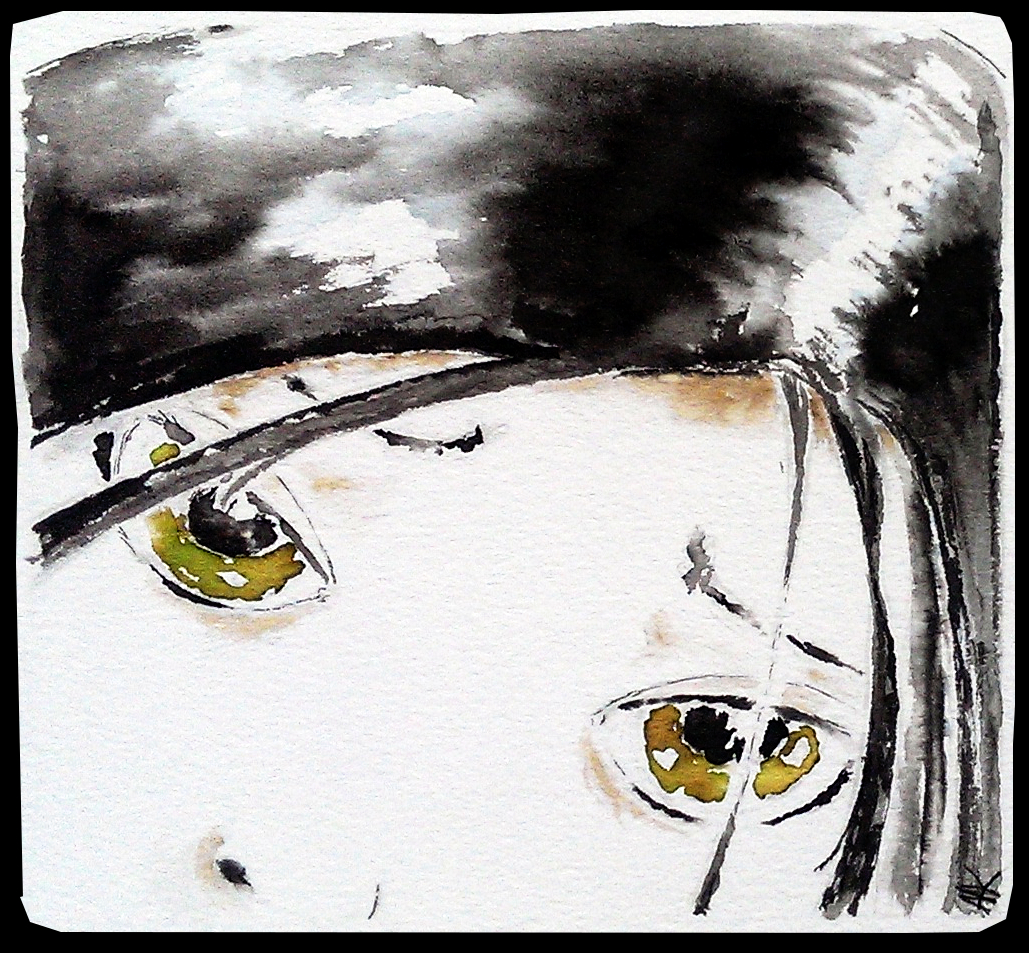 I have…  a power, the little girl said.

A power? What kind of power?

She sat there, looking at her shoes. Poor little girl, Henry though. She’s been through so much.

Is it a good power?

She lifted her head, her eyes met his.

I… Er… He swallowed. He hadn’t expected this. This was worse than he thought. She believed she was to blame. -Why do you say that? It’s not your fault people have died. Their hearts stopped, there was nothing you could do about it.

She didn’t answer, just stared into his eyes. Her big, green eyes showed so much pain. So much insecurity. But there was something else, too. Darkness.

He looked at his papers. Death had been following her all her life, ever since she was born. Her baby brother died when she was two. Both her parents shortly after. Her foster parents. Children on the playground. On the orphanage. And now all the deaths at her school. He swallowed. Sweat emerged on his forehead.

You… You won’t tell anyone, will you? You promised. She looked worried.

He went through his papers again. It was just too much. Too many deaths to be normal. To be natural. But… It couldn’t be. Could it?

Did you want them to die?

He needed to get deeper. He asked her questions about her parents. About her foster parents. Slowly it was becoming clear to him. It was her. She had killed them all.

I… I have to go out for a moment, he said. He left the room, locked the door behind him. Down the hall he sat down, thinking. Something had to be done, but what? Would anyone believe him? And would it even help? She could kill people just by thinking about it. They could try to lock her up, but she wouldn’t like that. God knew how many people she would kill if they tried.

It was up to him. He had to stop her.

He opened his bag of medicines. He had a syringe there, and some morphine. He filled it. A lot, enough to kill a grown man. He got some sleeping pills, dissolved them in water. He was trembling. He went back in.

Why did you lock the door? Her big eyes were looking at him. Judging. Trying to figure out his intentions.

For your own safety, little one, he said, trying to seem as cheerful as he could. He stood there for a moment, looking at her. She was standing now, in the middle of the room. Staring at him.

Here, he said. Drink this. It will do you good.

She took the glass. Smelled it. Tried a tiny little sip.

It’s suppose to taste like that. It will do you good. He regretted repeating the sentence.

I don’t want it. Her eyes were narrower now. She was glaring. She didn’t trust him any more. -Why is your hand shaking?

He was holding the shot behind his back. Please, sit down, he said, touching her shoulder, trying to guide her. Turned her around. He lifted the shot. Her head turned. Looked at the shot. Then his eyes. She looked terrified.

He stopped. He couldn’t do it.

Poor girl. She had been through so much.