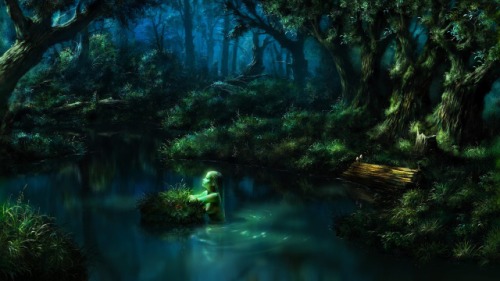 The edge of the forest was his sanctuary with solar-powered fairy lights, homemade wind chimes and sun catchers. Ivy – that had been ripped from the outer wall of his home – acted as a doorway to the lake deeper within the forest.

Erik grabs one of the sun catchers and starts to polish the glass on it. His eyes are focused on the door he had created. His heart beats with the sound of the chimes while he imagines the moment she will appear.

Mum had purchased the property a month ago. She had given him a simple rule. He was not to go to the lake within the forest.

“The mermaids will try to trick you,” she had said. “They are not to be trusted.”

He partially obeyed, but his curiosity brought him to the edge of the forest before the lake started. The grove between his yard…