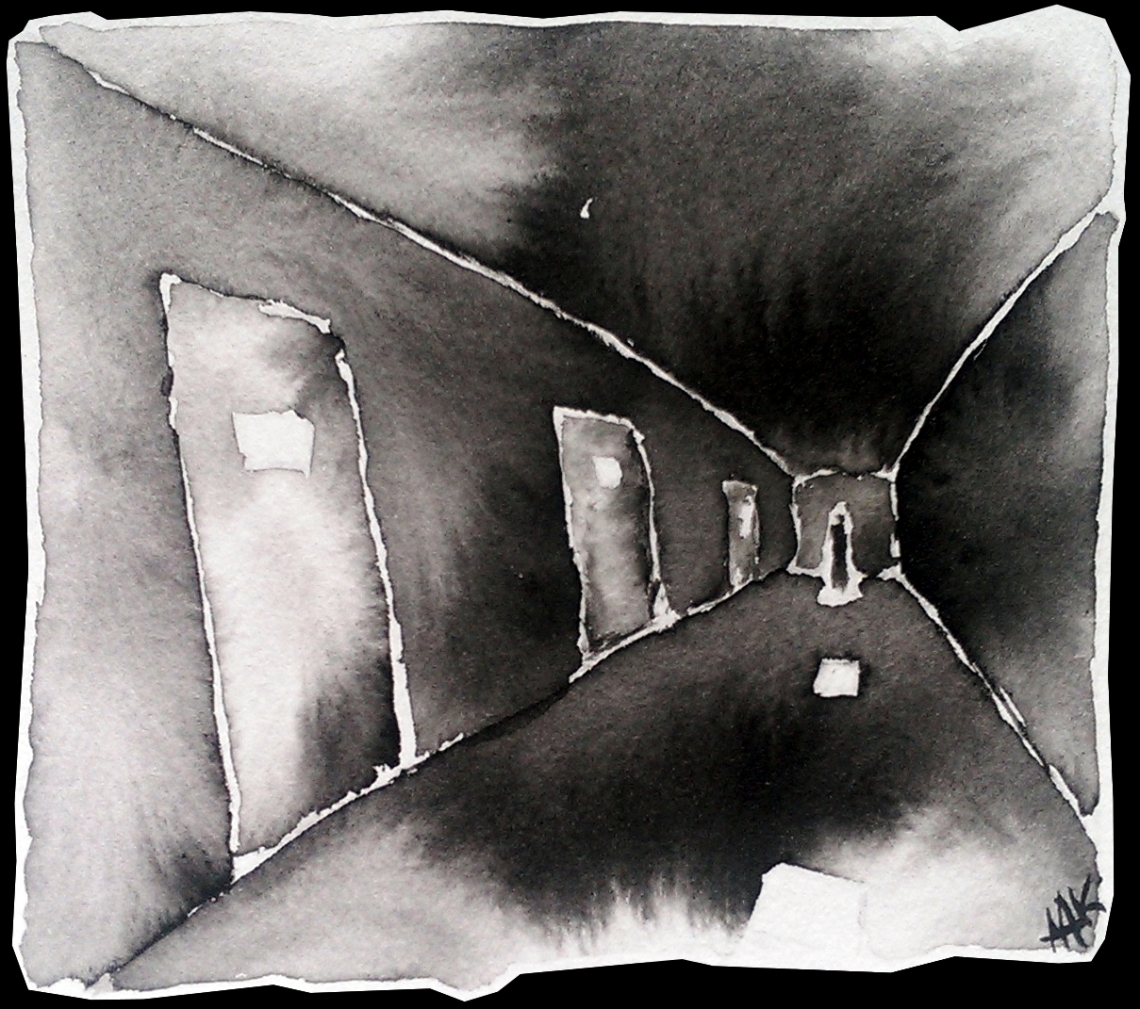 …and how does this make you feel, Garth? Dr Redwood cut him off.

Does it scare you?

Why doesn’t it scare you, Garth? The doctor asked. Don’t you think it’s dangerous? The words came out slow and calm.

It’s dangerous, yes. Very dangerous. Not to me, he added. It’s not dangerous to me. He looked up and peered straight into Dr Redwood’s eyes. Dr redwood didn’t like the glow in them. Slowly he put his finger on the button below his desk.

And who is it after, Garth? A long pause. No answer. Is it after someone else?

Garth started giggling. Hihihihihihi… Is it after someone else…. Hihihihihi… He leaned over Dr Redwood’s desk. Someone…. Else….

No! Noooo! Garth tried to get away, but they grabbed him. Pushed him to the floor, strapped his hands behind his back.

Dr Redwood sat for a while, looking at his paper, making a few notes. Paranoid delusions still the same, or worse. Diagnosis stays the same. A bit further up it said Schizophrenic Paranoid Disorder.

Life went on as usual in the old hospital, but soon other patients started talking about the monster as well.

It’s like an epidemic, said nurse Tracy. They’re all seeing the same things. No wonder, being locked up here for so long.

Well, most of them can’t really be running around in freedom either. The scissor-incident last week…. Carlton got up form the chair. Don’t worry, they’ll probably forget all about the monster soon enough.

He picked up the key set and left the room for the night round. Down the hallway he could hear Garth talking in his room.

Everything OK, Garth? He looked into the little window in the door. Garth was staring at the wall.

Everything’s fine… It’s not me she’s after.

Well, you should get some sleep. You’re keeping everyone awake.

Carlton closed the hatch. Crazy fuck, he whispered to himself as he walked away, knowing Garth couldn’t hear him.

The lights went out. Now what…? He turned around and headed back towards the nurses’ office.

He heard footsteps behind him, further down the hall.

He could see something. Something moved slowly over the floor. A tall figure.

It stopped. Turned it’s head. Two beady, red glowing eyes. Carlton wanted to say something, but his mouth got stuck half way open. The creature was coming towards him.

Tracy had just turned on the flash light when Carlton came falling in, slamming the door shut behind him.

A monster! A horrible creature! A… A ghost or something! It came straight at me!

Oh, my… He’s been working here for too long.

Come, sit down. Relax. There’s no such thing as ghosts, you should know that. It was probably just Garth running around.

No… Garth was in his room…. Everyone were in their rooms…

So, so… I’ll see if I can fix the light, it’s probably a blown fuse. She turned around. Something was there. The light from the torch lit up a bloodstained dress, black hair in front of the face. Tracy didn’t move. The dark creature lifted her head. Red staring eyes. Cuts all over.

The flash light fell out of Tracy’s hand. The lights came back on. She fainted and fell to the ground.

Tracy opened her eyes. Dr Redwood was sitting by her side. Carlton was holding her hand.

There we go, said the doctor. Now tell me what happened.

She was tall… had a dress on. Stained… She had scars all over her face. Wounds. Around the mouth and eyes. And she had some kind of necklace… An amulet with some stone. Tracy started crying. Oh, doctor, it was…

The look on Dr Redwood’s face made her stop. He said nothing, just staring at her with his eyes open. Hands shaking, sweat was running from his forehead.

Are you OK? Suddenly she seemed better off than him.

She… I remember now… She asked for you!

Lights out. Darkness. Someone laughing.

Dr Redwooooooddddd…. I’ve been searching for you…

Rebecca? Rebecca, is that you? His voice was shaking, trembling.

Treeeeaaatmmment… of rape… and torture….. The voice sounded amused.

Things got out of hand! He started crying. I’m sorry, Rebecca! I’m sorry!

Sssssoooo am I…. ‘Cause you’re coming with meeeeee… to the deep insanity beyond… Hahahaha….. Hahahahahaha….

The laughter echoed through the halls. They could hear the patients join in, one by one.

Silence. The lights came on. Carlton and Tracy looked at each other, then at Dr Redwood.

He was staring into the air with a crazy grin on his face. A twisted, sinister face of madness.

Then he started screaming.