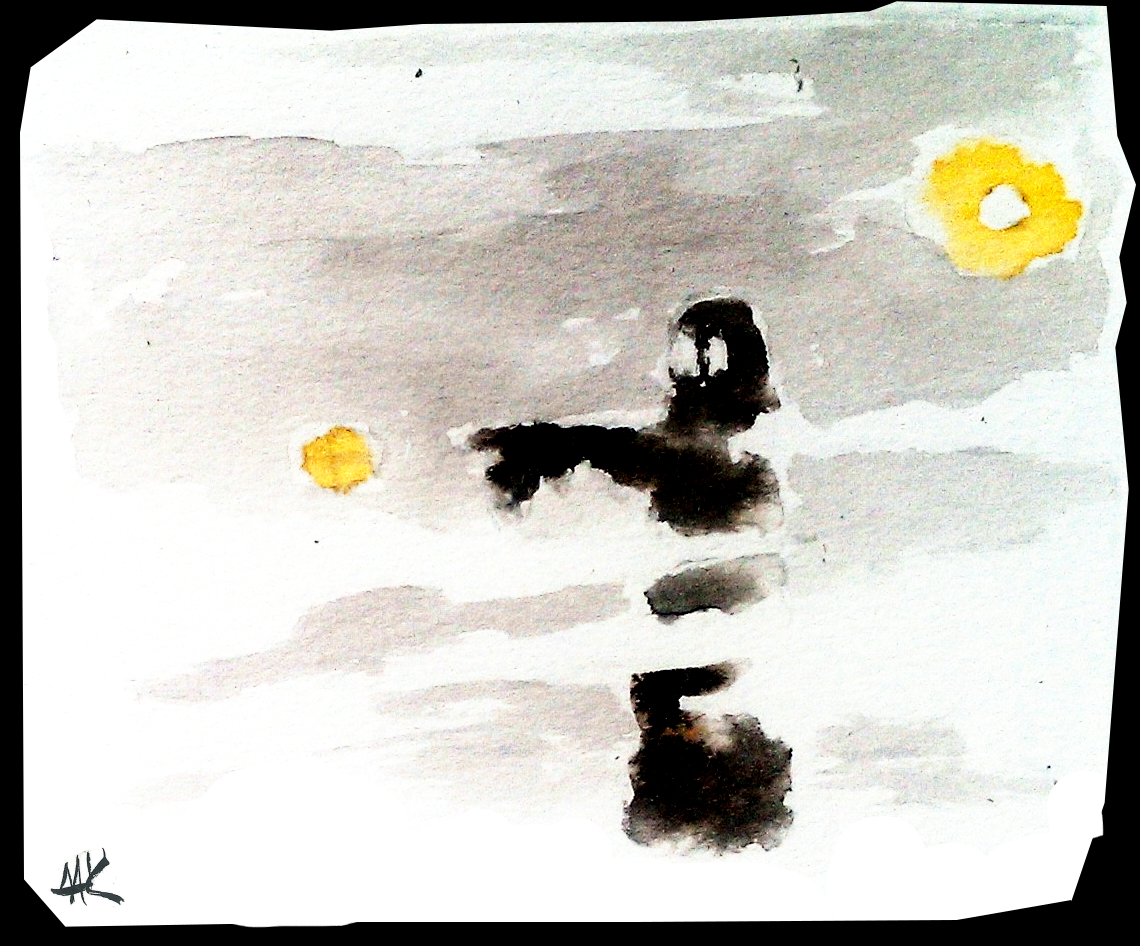 The fog lay dense over the little village. There was no one in the streets. Silence.

Something moved between the houses. Something dark. Something evil. A scream was heard.

People came running out of their houses. Down the road. A ghost, they said. There was a ghost right here.

The next night the ghost was seen again. This time several people saw it. What do you want? They asked.

Bllooooodddd…. Answered the ghost and disappeared.

The ghost wants blood! We need to get it blood, Or else we will all be doomed!

They got a goat, brought it to the village square. The ghost didn’t appear.

This is stupid, said Ronald the blacksmith. Ghosts doesn’t exist.

It’s probably someone who wants to fool you, said Ronald.

You are so closed minded, said Hans the farmer.

You never believe in anything. Said the stable boy.

Look! There it is! The ghost appeared between the houses. First it could hardly be seen, but slowly it materialized. Then it disappeared.

You see? You see?

The goat was sacrificed.

The ghost stood there, watching them in all it’s evilness.

The tailor fell to his knees. But what do you want? Tell us, please don’t harm us!

The ghost rose a bony hand. It pointed. At Rebecca.

He wants Rebecca! Said the shoemaker. Rebecca looked at the others. She didn’t want to die, but she didn’t want the wrath of the ghost upon the villagers either. She cried.

The next day the villagers had gathered on the square. They had brought the young girl for the sacrifice. The ghost appeared.

Rebecca was pulled out. She was crying. The Tailor had a big knife in his hand.

Oh, ghost! We give you this sacrifice to…

Ronald came running out from behind the ghost. He had a spade in his hand. The ghost turned around, but to slow. He hit it in the head. It fell to the ground. Lifted it’s arms to defend itself. Ronald lifted the spade again.

Ronald pulled the filthy cloth off it. On the ground lied the tailor’s son.

What the… People looked from the boy to the tailor and back to the boy.

Rebecca ripped loose. But Peter! Why,…?

I hate you. I always hated you. I wanted you dead.

The tailor stood there, said nothing. He felt rather stupid. Everybody did.

Good thing we didn’t kill her, then, said the stable boy after a while.