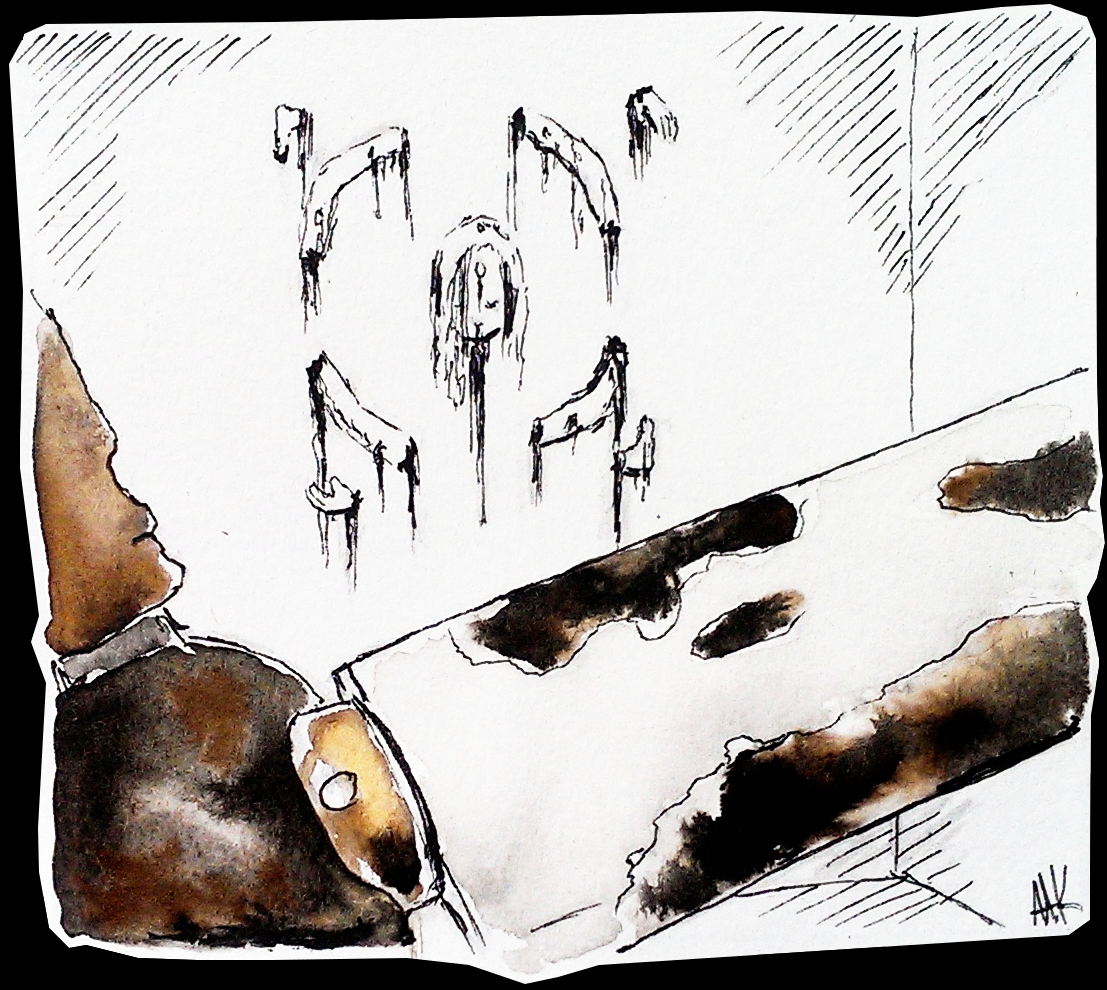 I’m so glad you could come, he said. He looked happy. In peace.

Did you do this? I asked him, though I knew. I liked to get a confession before I got started..

Of course. Isn’t it beautiful? Justice, my friend. You of all people should understand.

I looked at the body parts on the wall. This guy was sicker than any criminal I’ve ever found.

You killed an innocent little girl… I said it between my teeth. The anger was rising inside me. Hate.

No one’s innocent, John… No one.

I stood there, waiting for his move. Trying to look as defenceless as I could, so he would underestimate me when he decided to kill me. One of us was going to die tonight. It wasn’t going to be me.

I waited. Nothing happened.

He put his knife on the table. Bad move. A bit too bad. No time to think.

I did this to…

I attacked. Punched him in the face. He fell back, landed on the floor. I grabbed his knife.

You know you’re going to die, right? I said.

No answer. He was just looking at me, as if he wanted it. Maybe that was it. Maybe he wanted me to put him out of his misery. It bothered me. Not much punishment in that. I preferred the ones who begged for mercy. At least I was going to make it painful.

He didn’t scream. Whatever I did he never even moved.

When I had had enough of the torture, I lifted the knife. He looked at me.

Good luck, John, he said. Still smiling, the sick son of a bitch.

I cut his throat. His messed up face was still grinning, yet it looked more sinister now with his face all messed up and the empty, dead eyes, the open wound underneath it.

I needed to get out of there. The cops could be there any moment. Some neighbour might have heard the noise, though it probably was quite usual in this neighbourhood. This would be hard to explain. I turned around, took one last look at the macabre symbol on the wall. The face of the little girl was smiling as well. There was a strange glow from it. I got out of there fast.

Running down the road I felt different. Like I had changed somehow. I still had the same urge for justice, the same urge for avenging anything wrong in this world. I still felt like the good guy of justice I always had considered myself, but I saw things differently now.

Everyone was guilty. Especially the little girls.