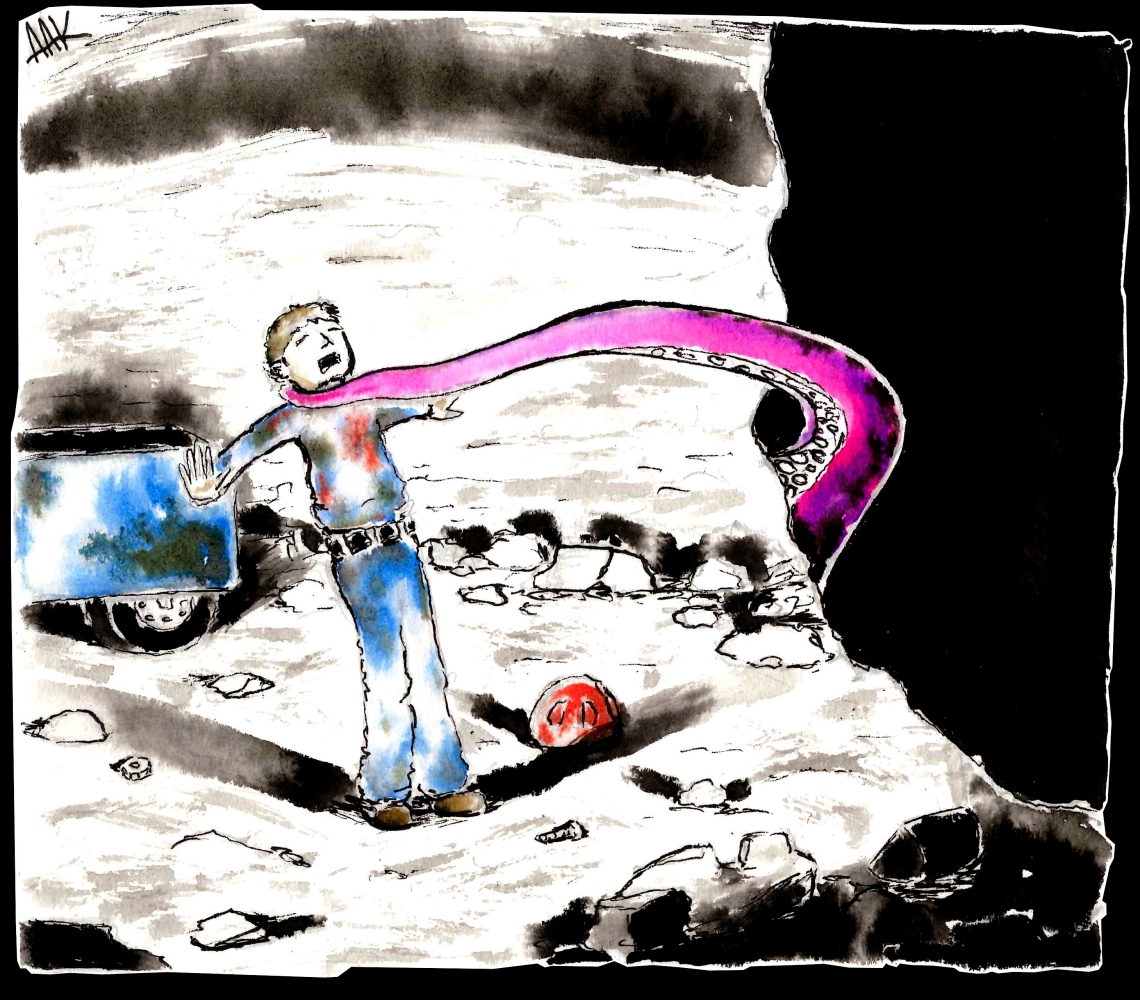 The workers were doing their jobs well and the drill was moving steadily down the tunnel. A highway was going to go through here, and they had been working for several weeks. It would be the deepest tunnel in the country.

Suddenly the drill made a strange sound, as if it choked on something. It stopped. Howard, the boss, was yelling. George and Johnson, the mechanics, opened the cover to the engine.

The drill was ripped into a dark abyss. George fell in with it. His scream stopped abruptly.

For a moment there was silence. Howard moved closer to the hole. No sound. Not even echo. Total darkness.

Howard picked up a rock and threw it in to see how deep it was. Nothing. It didn’t seem to touch anything. A tentacle shot out. Caught him. Pulled him over the edge.

Some workers backed away. Others did not move, paralysed. Johnson moved closer to the edge in astonishment. What the… he said. He was trying to look into the abyss. Nothing to see.

A scream. A horrible scream. Like a giant bird, a demon lion. A monstrous roar of another world.

A face appeared, screaming towards them. A face of evil. A breath of death. A monster, hairy yet reptile like. Johnson fell back, behind a carriage.

There was panic, men running towards the exit like rats from a flood. They didn’t get far. The monster moved up the hole, ripping everyone in it’s way to pieces. Workers running around, bodies being thrown. The monster continued upwards.

Johnson looked up from the carriage. He could hear noise and screams far up the tunnel. Then silence. It had left the tunnel, moved out to the world above.

He had survived! He walked out, looked up the tunnel. He couldn’t hear anything. The monster was gone. He turned, looked to the black hole. Did he hear a sound?

Another tentacle came shooting out, grabbed his trout. Pulled him into the hole. In the darkness he was penetrated by several huge spikes and died.