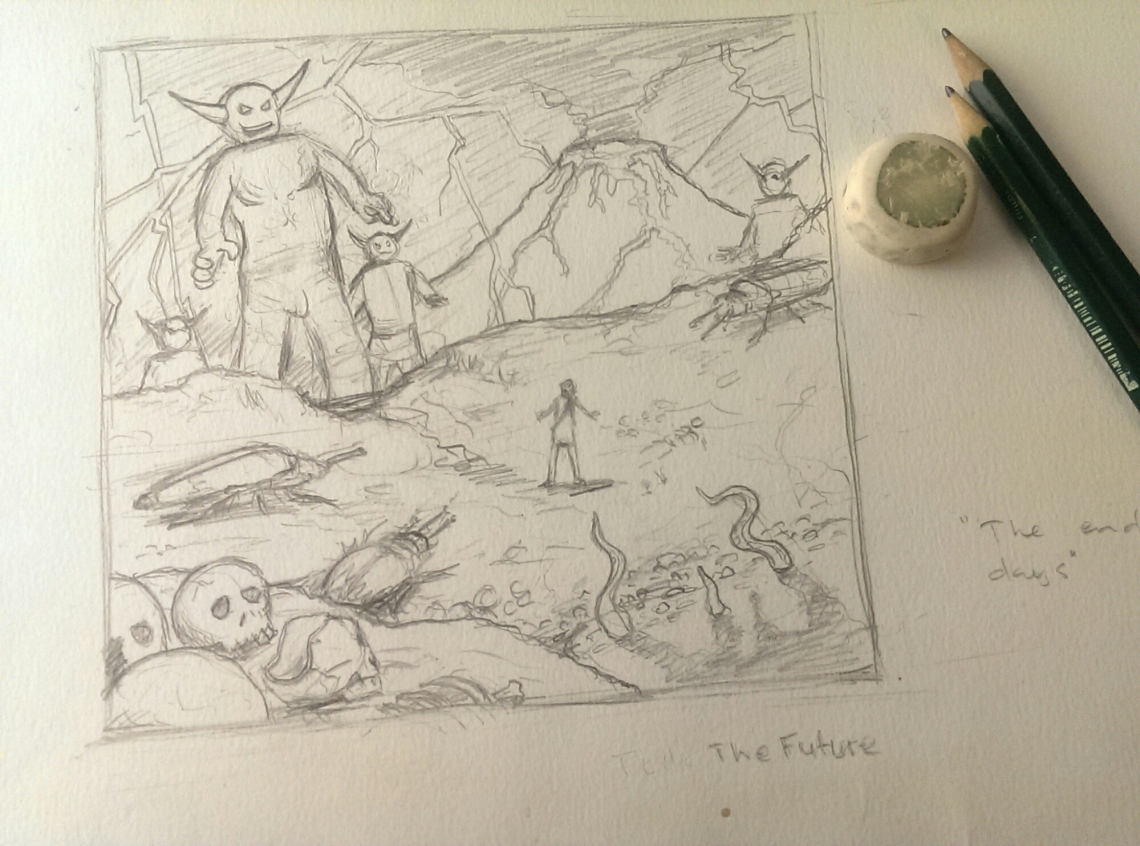 The End of Days is a story about the future. It’s a future where we, the humans have destroyed the world. A very possible scenario indeed.

The future was actually meant to be the title. I found the The End of Days- title more fitting to the illustration in a last minute decision, a decision I regretted when Opher pointed out the biblical sound of it. It’s not about any gods (or at least not any known ones), it’s about the future. The story takes place in the future, and the main character has seen the future. The giants come from some place beyond anything any stupid human have ever thought of. They’re simply from somewhere beyond our knowledge, and they have come to end it all. The rest of the destruction has been our fault.

If we don’t change our ways, the future may be dark. We are the biggest disaster in the world for at least 65 millions of years. If we keep accelerating we might become the worst ever. We are eradicating lifeforms at an incredible speed, and there will be a braking point sooner or later. From there there will be no turning back.