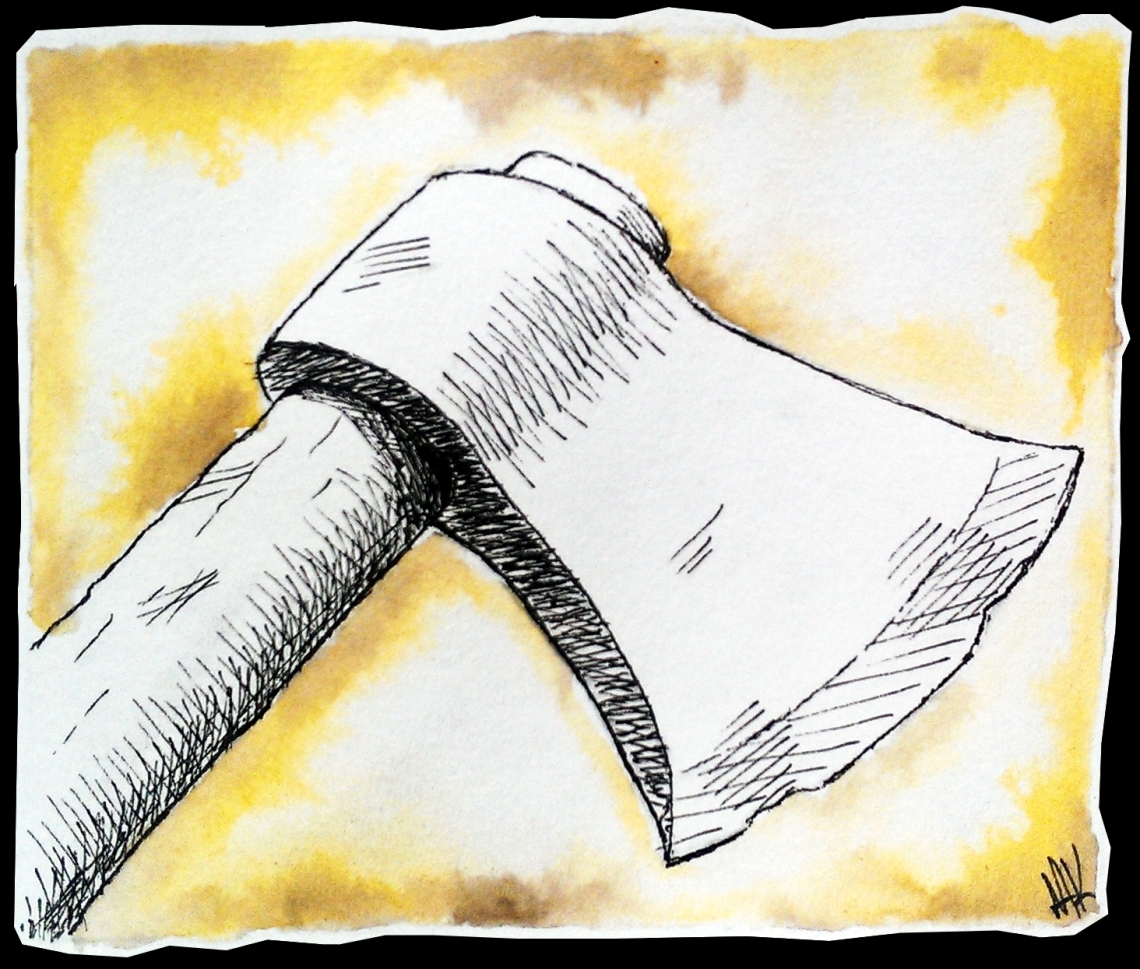 He lifted the axe. Hate flowed trough him. Anger. Rage.

A crow was watching.

The violence. It felt good. It alleviated the pain, made it less intense. He needed to make it stop, but he knew there was no way. At least he could make the one responsible feel pain as well. The murderer. He kept hitting him. Cutting flesh. Crushing bones. He wanted him to die, but not too fast. First he needed to see him suffer.

The man lying on the ground was begging for his life. I didn’t do it! He was even denying it. There was no doubt, no other explanation, and he was denying it. A murder with no view for consequences. An assassination he’d already threatened he would commit.

I swear upon my children! No shame. No scruples.

You disgust me! The man with the axe screamed. You are the most disgusting thing I’ve ever seen!

He looked into his eyes. The creepy, loathsome eyes he knew from before. The eyes of the man who had been terrorizing him and his loved ones for years. The vicious falsity was replaced with fear and self pity.

He had taken away the most precious he had. He lifted his axe above his face.

A crow was watching.

For a moment he saw himself. He saw himself from below, holding an axe. He was him. He knew. He felt. The fear. Pain. The terror. He knew it was true. He remembered. A horrible act of murder. Murdering an innocent to punish someone else. The sick justifications his mind was making. He remembered a horrible, worthless life, all his disgusting acts, his pathetic ignorance and psychopathy. An unbearable self loathing, a hatred towards himself for everything he was.

He was holding the axe. Looking down on the repugnant man he had been a moment ago. The hate was still there, the disgust was even stronger. Revulsion. Now there was something more. Something worse. The violence of the moment was nothing compared to living in such a putrid mind.

He dropped him. Kicked him in the face and left. He was already suffering enough. Death would be too easy.