On this date one year ago I published my first post here on fictionspawn.com. It was dark and violent. Here it is. 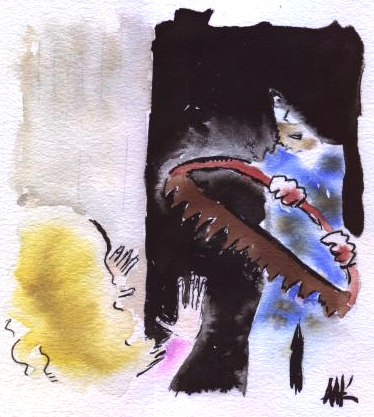 A boy and a girl are running through the forest. Down a slope, looking back as if someone is after them. She stumbles, he stops and runs back for her. He takes her hand, about to pull her up. Then they burst into laughter.

They had been on a boat trip and disembarked on an island. They had come across a large apple grove by a house in the woods. Bountiful apples, tempting as hell. They jumped over the fence and helped themselves greedily. Then they had heard: Who’s there? An angry voice. They had ran.

Ole got Tina on her feet. They ran down to the boat and cast off. He started the engine and they set off away from the island full speed. They looked at each other and burst out laughing again.

Tina was lying in the water. The boat was upside down…