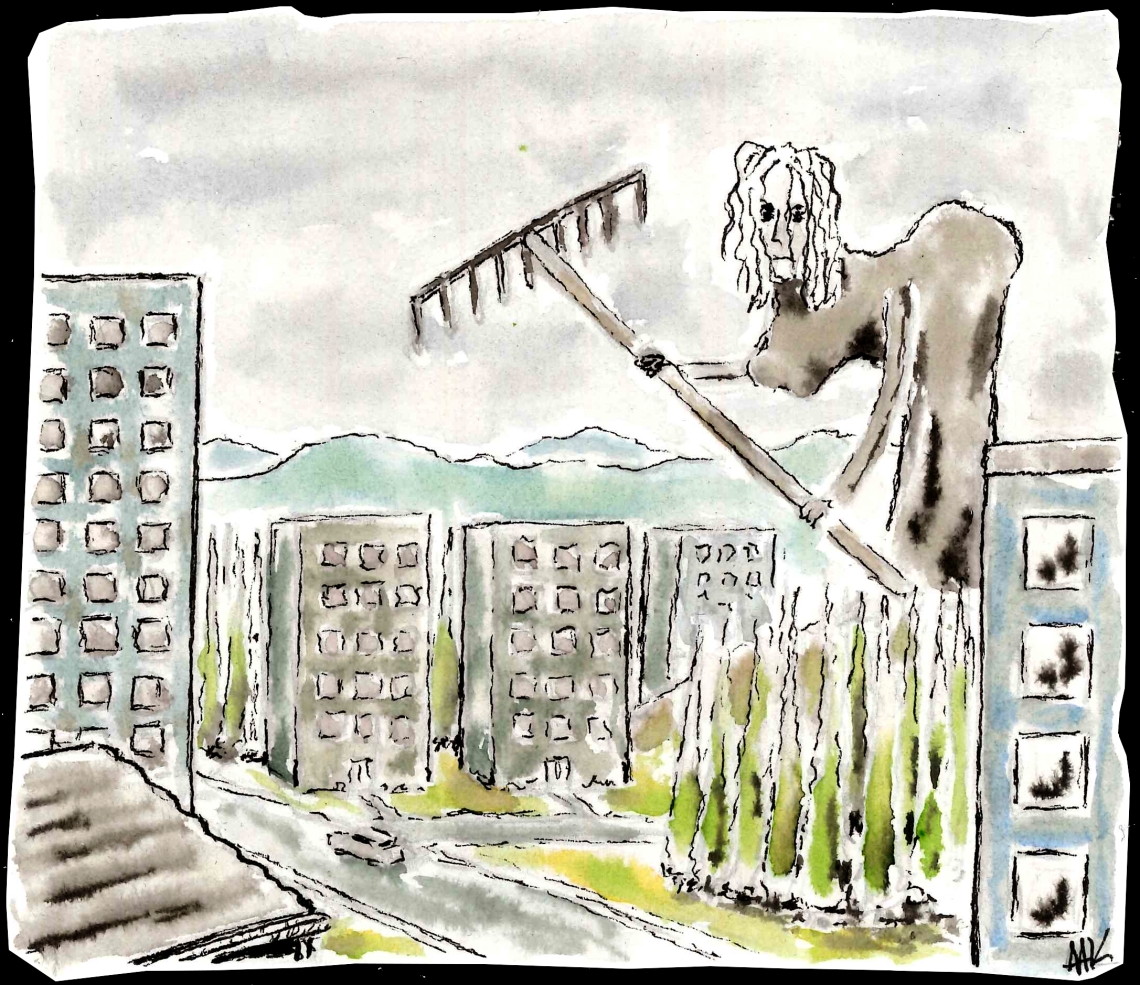 Her name was Plague. Pesta. She hadn’t been around for quite a while. Well, a bit there, a bit here, but no. Not like before. After the Black Death she needed to rest for a while. But it had been fun. Oh, yes.

She was getting bored lately though. She grabbed her rake and broom and went out.

Humans had been fighting disease quite hard the last centuries. Medicine. How naive they were, thinking they could stop her. Sure, they could slow her down a bit, but she stopped when she wanted to. Though antibiotics had been holding her back for quite a while now, her days seemed to be back. Evolution wasn’t always a bad thing. Their immune system was a hard enemy, but medicine was her best ally in that aspect.

Fourteenth century Europe had been a blast. Scandinavia. Ah, what an easy target. People didn’t even wash. She remembered it like yesterday. The fear. The suffering. It had been wonderful. Decades of going around, emptying villages and farms. Letting some poor souls live here and there, just to make it all interesting. But things had changed. Not that she wasn’t going there, but it wasn’t really the best area to start. Africa. Africa was her continent these days. No medicine, and the rest of the planet didn’t seem to care.

She found a nice little village. This seems like a nice place to warm up. She took her broom and swiped the village clean. Moved on to the next one. Then another. Then she moved into town. In town she used her rake, letting some live. She spread better that way.

For fifty years she roamed the earth. This was even better than the middle ages. So easy to move around. The poor humans tried everything. Quarantines. Travel bans. All kinds of chemicals. They called her antibiotic resistant plague bacteria. How little did they know about the real world. About the Eternals.

One day Death sat down on a rock. He had been traveling around with her all the way. He always was.

You had your fun now, he said. I’m exhausted. We’ve wiped out than half the planet’s population. At least. Probably a lot more. Not that that’s a bad thing, but still, quite a take.

What about him? She said, looking over at Hunger.

I’ll speak to him, said Death. You’re the one who started it. He won’t stop until you do.

Whatever you say, cousin, she replied. I don’t know why War bailed out on us so soon, though.

I guess it’s just not time, said Death and glared at Fate. She was sitting on her throne. Her face showed nothing but total control. It never did.